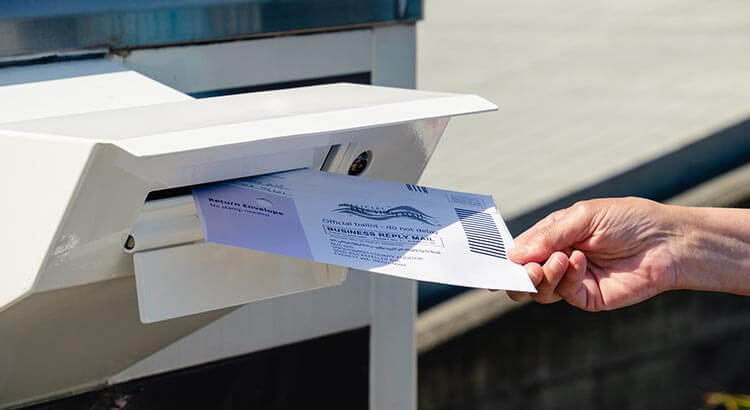 Which presidential candidate is going to win Ohio?

Donald Trump and Joe Biden both have a good chance. But it’s possible that we will all head to bed tonight not knowing which way the Buckeye State voted.

If so, that’s OK. Here is a quick explanation of why that is, and what you can expect to happen.

This election season, Ohioans have cast absentee ballots in record numbers — in large part because of the pandemic. Voters by the millions have opted to mail in their ballots or drop them off at their county board of elections office.

Voters had to get their mail-in ballots postmarked by Monday in order for them to be counted. Ohio allows elections offices to receive ballots up to 10 days after the election.

There will be a chunk of ballots that will not be received by Tuesday to be added to the election night totals. Thankfully, we’re going to have a good sense tonight of how many ballots that may be. More on that in a minute.

There is another category of ballots that will not be included tonight: provisional ballots. These are ballots in which the voter’s eligibility is, for whatever reason, in question. A standard example might be a voter who casts a ballot at the incorrect polling location.

Counties do not include provisional ballots in that evening’s results, instead announcing separately how many were cast. After the election, officials review each ballot to determine if they are eligible for counting.

In a normal year, there are not too many provisional ballots to worry about. This year is different. A person who requested an absentee ballot but decides instead to vote in person today is forced to cast a provisional ballot. So long as they are otherwise eligible, the vote will get counted. It just won’t be included in the election night totals.

One other factor involves the ballot “cure period.” When Ohioans cast ballots by mail or drop box, elections officials first check to make sure the ballot is eligible to be counted. There are various reasons a ballot might be marked as deficient, such as a voter forgetting to include a signature.

Boards of elections contact voters if there is an issue with the ballot. Ohio law allows voters time to fix the error — up to seven days after Election Day. This year, that deadline is Nov. 10.

To recap, here are the (eligible) votes that will be included in the tonight’s results:

Here are the (eligible) votes that will not be included in tonight’s results:

As for the outstanding absentee ballots, Ohio Secretary of State Frank LaRose has committed to announcing tonight how many of those are still out there. This figure will be the number of ballots requested by Ohio voters that have not already been received by boards of elections as of tonight.

That figure will help to explain why Ohio might not know the presidential winner tonight, or perhaps other winners of down-ballot races.

Let’s say Secretary LaRose announces there are 200,000 outstanding ballots not yet received. If Trump or Biden finish the night with a 100,000-vote lead, it is impossible to declare a winner (even unofficially) since those outstanding ballots might impact the result.

In other words, the only way Ohio could reasonably declare a winner tonight is if one candidate racks up a major lead — a lead that is larger than the number of votes yet to be counted. Given that polls indicate the race here is a deadlocked tie, it seems possible but not a guarantee.

So, just how long will Ohioans have to theoretically wait?

On Nov. 14, boards of elections can begin the “official canvass” of votes. The state elections calendar dictates that boards have until Nov. 24 to complete this process.

But Secretary LaRose is directing boards to follow an “expedited” schedule. LaRose has told the 88 counties to begin their official canvass on Nov. 14 and finish counting by Nov. 18.

It could take a few weeks. That’s worth it to make sure Ohio has an accurate count that includes all eligible votes.