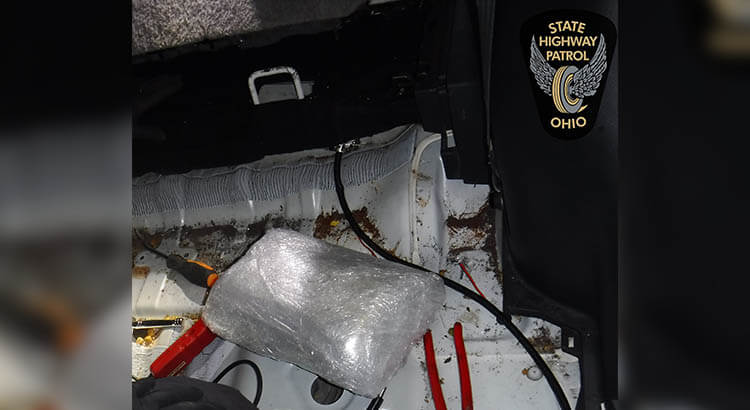 During the traffic stop, troopers seized more than 4 pounds of suspected fentanyl worth approximately $60,000.

On November 3, at 10:05 a.m., troopers stopped a 2012 Toyota Rav4 with Illinois registration for a following too close violation on the Ohio Turnpike.

Criminal indicators were observed and a consent search was asked for and granted. During the consent to search, troopers located an aftermarket modification that was determined to be a hidden compartment which revealed the contraband.

The driver, Guillermo Moreno, 39, Chicago, was incarcerated in the Wood County Justice Center and charged with possession and trafficking in fentanyl, both first-degree felonies, and operating a vehicle with a hidden compartment, a fourth-degree felony.

In 2012, Senate Bill 305 was passed, prohibited designing, building, constructing, fabricating, modifying, or altering a vehicle to create or add a hidden compartment with the intent to facilitate the unlawful concealment or transportation of a controlled substance.