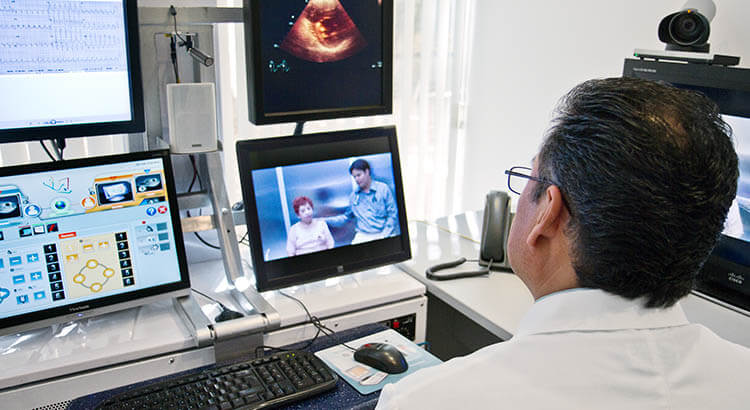 A bill to expand telehealth amid a pandemic that continues to grow in Ohio has entered a state Senate committee for consideration.

The bill also seeks to keep health benefit plans from charging a patient more for a telehealth appointment comparable to an in-person appointment.

“While not everyone is open to receiving medical services over the phone or internet, the services already exist, and must be appropriately regulated,” said cosponsor state Rep. Mark Fraizer, R-Newark, in testimony at Tuesday’s meeting of the Senate Insurance and Financial Institutions Committee.

The proposal allows health care professionals to negotiate with health plans on a reimbursement rate related to telehealth services, and includes Medicaid providers and patients in telehealth eligibility.

Fraizer, along with his cosponsor Adam Holmes, R-Nashport, said the bill “creates an even playing field” for those who need medical help, but want to use telehealth because of COVID-19 concerns, or other reasons.

“(The bill) ensures that the investment we’ve made over the last year is in place,” Fraizer said, regarding rules set in place to make sure Ohioans have access to medical care however they want to.

In a change from the original bill, teledentistry is also allowed after being added in an amendment introduced on the House floor, but existing law requiring a dentist to obtain a teledentistry permit remains in place.

In a previous House hearing on the bill, a representative from the Ohio Dental Association said adding dental provisions continued a legislative trend “to expand health care treatment options for Ohioans through the use of technology while maintaining appropriate standards of care and patient protections.”

“We are in the process of exploring the next generation of teledentistry, including the use of asynchronous technology to extend dental services in a safe and efficient manner,” said David Owsiany, executive director of the Ohio Dental Association.