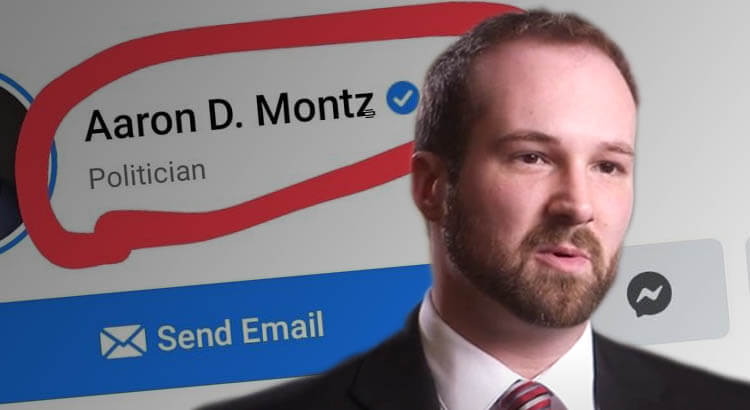 Tiffin, Ohio — Tiffin Mayor Aaron Montz took to social media Sunday to “apologize for the little Facebook scare” he created with the recent name change on his official page.

On Saturday, Montz changed the name of his official Facebook page from “Mayor Aaron D. Montz” to simply “Aaron D. Montz,” leading some followers to question if the mayor had higher political ambitions that could soon be announced.

“Since I’ve received so many concerned messages and posts regarding the name change, I wanted to post a brief explanation as to the reason for the alteration,” Montz said in a Facebook post Sunday morning.

Montz explained that the change was a requirement on Facebook’s end in order for the mayor to “finally receive the blue check mark verification badge” next to his name.

“So while many were worried it meant something much more, you can rest assured it was just merely a housekeeping item,” Montz said.

“I will take this as an opportunity to assure everyone I remain firmly committed to Tiffin. I absolutely love this community and do not plan to leave the Mayor’s Office to run for higher office anytime soon,” Montz said. “While my next election is three years away, at this time I fully intend to seek another term as Mayor in 2023.”

I apologize for the little Facebook scare I created with the name change on my official page. Here’s the explanation below as to the reason for the small alteration. ???? pic.twitter.com/OLSEoqitqz