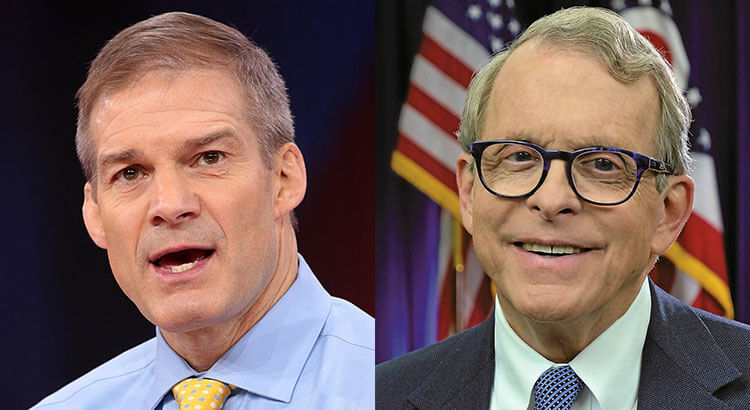 The days after Thanksgiving are all about leftovers, but there’s nothing fresher than a new Mailbag column.

The Ohio Capital Journal has plenty of great content coming after this long weekend, including a profile from yours truly about an incoming state lawmaker whose name you’ll want to get familiar with. Keep an eye out for it.

Now onto the questions!

Got a question about Ohio politics/government? Send them to tbuchanan@ohiocapitaljournal.com or tweet them to @tylerjoelb.

Answer: If I were a betting man — and I am — my money would be on Jordan not jumping in the Ohio governor’s race. Will someone else primary DeWine? Possibly, it just may not be Jordan.

U.S. Rep. Jim Jordan, R-Urbana, has been privately mulling a run for governor, according to reporting from Cleveland.com and elsewhere. It is unusual for an incumbent governor like DeWine to even be facing conversations about a contested primary, but the intense criticism from Republicans for his handling of the pandemic has perhaps opened the door for a conservative challenger.

President Donald Trump added some fuel to the fire with a recent tweet targeting DeWine’s reelection efforts. DeWine was a co-chair to Trump’s Ohio campaign and has defended the president repeatedly in 2020, but his acknowledgement of Joe Biden’s victory was evidently enough to warrant this:

Who will be running for Governor of the Great State of Ohio? Will be hotly contested!

Which brings us to Jordan. Most can agree is one of the few Ohio Republicans with the name recognition and fundraising capability to even give this serious consideration. DeWine has been in elected office since Jackson Five was still releasing studio albums and raised more than $20 million for his first gubernatorial campaign. Since 1980, DeWine has a 19-2 record in elections. You have a better chance convincing DeWine to give up watching baseball than beating him at the polls.

If Jordan’s social media activity is any indication, he’s at least flirting with the idea of a 2022 challenge:

-You can play music at a wedding. But you can’t dance to it.

-You can play games at an arcade. But you better not socialize in a common area.

The calculation comes down to this: Would Jordan rather attempt a Republican Party primary against DeWine for governor, or stick it out in Congress?

Consider that Jordan has become a nationally-known figure in Republican politics for his attack dog style and avid support of President Trump. A frequent guest on Fox News and other national media platforms, Jordan has elevated his profile across the country. He is headed into a new Congressional term with a Democrat controlling the White House. That would seem to give him plenty of material in the years ahead.

There’s also the matter of comparing the executive branch versus the legislative branch. Be honest for a moment. Who has been under the most scrutiny during the COVID-19 pandemic: Gov. DeWine or an Ohio member of Congress such as Bob Latta or Marcy Kaptur? That’s no knock on them or the legislature’s role. It’s just the nature of our political system.

Which is to say, it’s one thing to fire off tweets from an office in Washington, D.C. after winning your eighth-straight blowout victory to Congress. It’s another thing to wake up early for daily pandemic conference calls, prepare for twice-weekly press briefings and make life-or-death decisions affecting millions of Ohioans. I’m not saying Jordan would not be up for that task. I’m just offering a hunch as to which option most politicians would choose.

Maybe I’m wrong and Jordan does jump in. It’s possible Jordan could give the governor’s race a shot, then back out and retreat to a Congressional race again if the momentum isn’t there. After all, he does not necessarily have to worry about the political ramifications of challenging DeWine. His Congressional races are never close, and it is tough to imagine a new Ohio delegation map for 2022 (and the decade beyond) that would make his electoral chances any more difficult.

Nor should he be concerned about losing donor support in Ohio. Jordan rakes in tons of money from around the country. In the final weeks of the 2020 campaign season, Jordan’s committee spent more than $40,000 on a Facebook advertisement soliciting donations from coast to coast. Just 4% of the hundreds of thousands of users who saw the ad are from Ohio.

My money is on him sticking with his current seat, but we shall see!

A lot of people have noticed due to recent events that there is a bop in the bop shoo bop shoo bop, and my question for you, if you know, is who put it there?

Answer: On advice from my lawyers, I cannot answer except to say whoever it is, I’d like to shake their hand.

How can we require, as Ohio taxpayers:

Ohio already does have laws preventing a person convicted of “certain offenses” from serving as a public official. Such disqualifying offenses include felonies involving “fraud, deceit, or theft.”

Likewise, if a person who is currently serving gets convicted of such an offense, they would be booted from office.

I would suggest that the biggest background check a candidate has to face is that of the public vote. Candidates get their whole lives and backgrounds dissected for voters to consider. Some do have criminal records, though their offenses may have been from a long time ago or unrelated to their qualifications as a political candidate.

Sure, you wouldn’t want a bank robber to serve as your county treasurer. But if someone messes up, faces the consequences and later turns their life around, I think that’s a different thing. Voters then can take the circumstances into consideration and can decide if someone is deserving of the position.

Got a question about Ohio politics/government? Send them to tbuchanan@ohiocapitaljournal.com or tweet them to @tylerjoelb.

Portman says Biden ‘likely’ next president, says Trump’s behavior has been good for democracy – Reporter Marty Schladen updates readers on what Sen. Rob Portman is saying about the 2020 election results.

This year, Ohio lawmakers can break lame duck’s bad reputation – Speaking of lame duck, guest columnist Jocelyn Rosnick gives her take on how the state legislature should approach the next month of lawmaking.