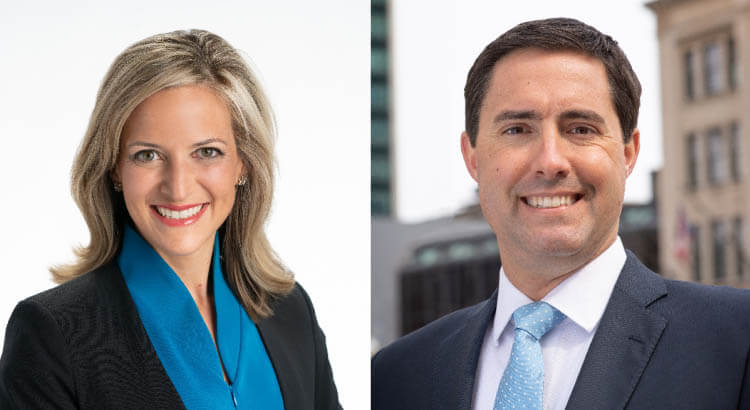 Secretary of State Frank LaRose’s bet with the state up north is, like some elections throughout America, still too close to call.

But it’s looking good for Ohio.

A full year ago, LaRose and his counterpart in Michigan made a bet to see which state would have the higher voter turnout percentage in the 2020 General Election.

While she was in town, I made a little wager with Michigan Secretary of State @JocelynBenson all about voter turnout!

And I don’t plan on wearing maize and blue to The Game. Make sure you register and VOTE, Ohio!

If Ohio won, Michigan Secretary Jocelyn Benson would have to wear scarlet and gray and sing the Buckeyes’ fight song at this year’s Ohio State-Michigan football game.

Were Michigan to win, LaRose would have to wear maize and blue and sing Michigan’s fight song.

The results are still unofficial, but Ohio appears to have the upper edge.

Ohio has recorded 5,812,804 ballots cast in this election — a 72% turnout rate. That does not include the more than 156,000 provisional ballots which will each be reviewed by elections officials to determine their eligibility. It also does not include more than 155,000 absentee ballots requested by voters that are still outstanding.

Just how many provisional ballots will be counted and how many additional absentee ballots will be received is unclear. Ohio allows for ballots that were postmarked by Nov. 2 to be received by elections boards up to 10 days after the election, or Nov. 13. It seems possible Ohio could raise its turnout to 73 or 74 percent.

Michigan has recorded 5,563,279 ballots cast to this point — a 71% turnout rate, according to an Associated Press report on Thursday.

Michigan does not have the same rules about allowing postmarked ballots to arrive later. Nor is it like Ohio, which requires that people who requested absentee ballots but decided to vote on Election Day had to cast provisional ballots, which are counted later.

Ohio State and Michigan are scheduled to play on Dec. 12.