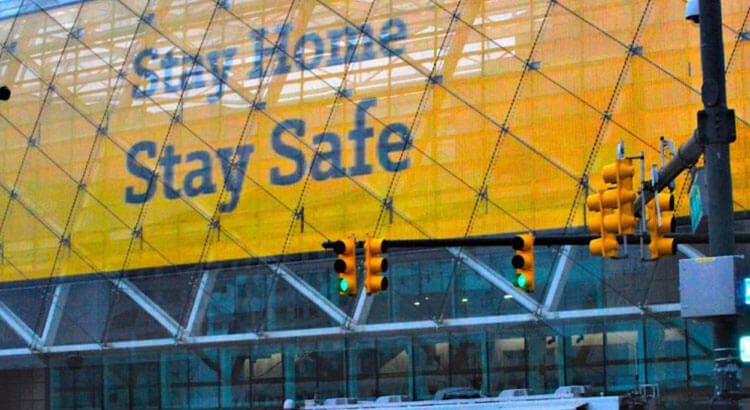 Last week, Franklin County became the first in the state to receive the highest “purple” designation in the Ohio Department of Health’s public health advisory system, indicating “severe exposure and spread” in the county.

When the public health advisory system debuted at the end of June, purple “severe exposure” was designated for counties that met six of the seven indicators for increased spread. When counties started hitting this threshold, though, the state created a new “watch list” designation and eventually changed the purple designation to two consecutive weeks of meeting the indicator criteria, which is the designation as it stands today.

The quick change in criteria off-the-bat and creation of the “watch list” in July to keep counties off the list of “severe exposure” deflated my hopes for this advisory system. I still haven’t seen any explanation for why this change happened, so I can only surmise that they rolled out the system too quickly and were not willing to hold themselves to the standards they put in place when we hit the second reopening wave in July.

The public health advisory system was used in July to justify county-by-county rules around mask-wearing before the governor decided to mandate mask-wearing in public statewide. The governor’s strategy in the current wave, which has seen hospitalizations spike to their highest levels, has been to institute a statewide curfew.

This curfew may have an impact on spread on the margin, but enforcement will be difficult. Outside of shutting down ragers on Indianola, law enforcement will have few options outside of this. It will be difficult and unacceptably intrusive, after all, to investigate whether a few friends are over at a house for a movie or a family is visiting their aunt’s house for a board game night.

So what option does the Ohio Department of Health have at this point? The most obvious would be a renewed stay-at-home order. Political considerations make this a difficult choice for DeWine right now.

My hunch is that part of the reason the state was wary to elevate counties to purple “severe exposure” levels in July was that it was leaving room for more county-by-county interventions. Stay-at-home orders targeted in counties could be more politically palatable than a statewide stay-at-home order, especially if these counties happen to be urban and Democratic, where opposition to such orders would be tamer and compliance would be wider.

Sticking to those designated in the system, though, could be tricky. Any county could become purple soon, and they will by necessity be more conservative and rural than Franklin County, one of the most liberal and urban counties in the state. Another option would be for the Governor to enforce stay-at-home on a county-by-county basis with consultation of local officials, though the politics of this approach could become cumbersome as well.

At this point, no states have issued stay-at-home orders; they have instead stuck to optional advisories. If community spread continues to grow at the pace it is growing, states will start looking back at stay-at-home as a way to quell the virus in the coldest months. It seems that at some point the state would have to have a threshold at which it would find community spread unacceptable and have to reinstitute stay-at-home. What that threshold is remains to be seen. While Ohio was on the leading edge of response to COVID-19 in March, we will have to wait to see where it will land in this long winter ahead.