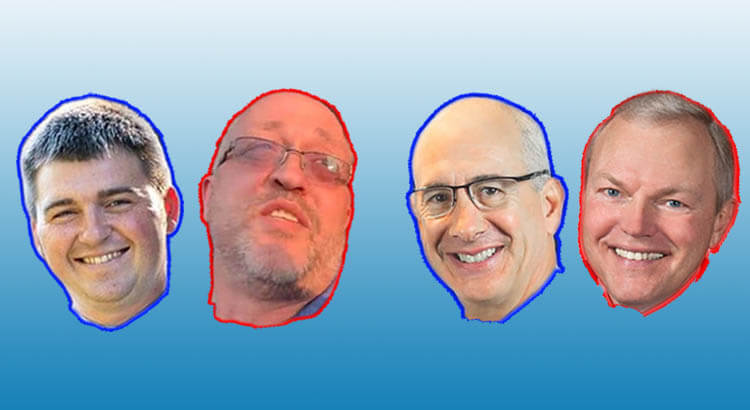 Election Day is finally upon us, and while the presidential race between former Vice President Joe Biden (D) and President Donald Trump (R) is catching the attention of most people, there are two local races in particular we’ll be keeping our eyes on tonight.

Who currently holds the seat? The seat is currently held by Rep. Bill Reineke (R-Tiffin), who is running for State Senate this year.

Who is favored to win this race? While the 88th district, which includes the majority of Seneca County and all of Sandusky County, has been traditionally held by a Republican state representative, local Democrats are optimistic about Liebold’s chances.

Click has been controversial even before entering the race, from his extreme views on the LGBT community to defending accused child molester Roy Moore. Click also made statewide news earlier this year after getting into a heated confrontation with a fellow Republican at a county fair, and the incident was caught on video.

The Ohio Republican Party has been spending heavily on mail, social media, and digital advertisements bashing Liebold and boosting Click.

While Click has the upper hand due to the district being traditionally Republican, Liebold could end up winning a surprise victory — but it would likely be a close race.

Who currently holds the seat? The seat is currently held by Sen. Dave Burke (R-Marysville), who is term-limited and cannot run for re-election.

Who is favored to win this race? Reineke is seen as the clear favorite to win the seat. The 26th state senate district, which includes Seneca, Sandusky, Marion, Morrow, Union, Wyandot, and Crawford counties, is gerrymandered to favor Republican candidates.

Additionally, Reineke is a household name in Seneca County and the surrounding area due to his public service as well as his car dealership enterprise having locations throughout Northwest Ohio.

A Swartz win is not impossible, but it’s very unlikely. Reineke’s team appears to be confident in his chances of winning, as they have not been running social media ads or many mail advertisements to boost his candidacy.