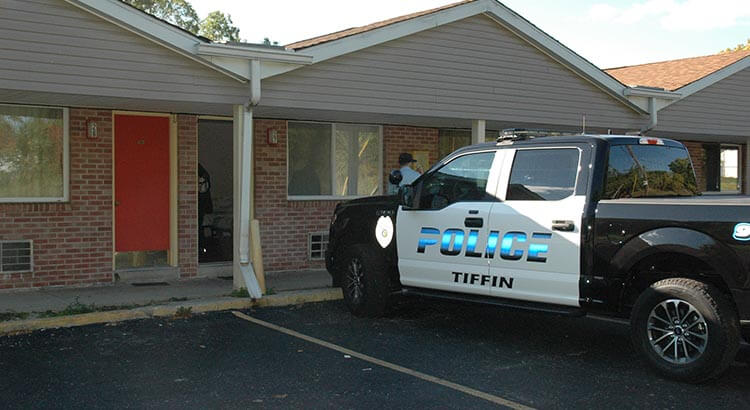 Agents with the Seneca County Drug Task Force – METRICH Enforcement Unit, along with officers from the Tiffin Police Department, stopped a vehicle at Sycamore St. and Monroe St. and found suspected methamphetamine, criminal tools, drug abuse instruments, and U.S. currency inside of the vehicle.

Upon investigating the incident further, authorities determined the suspects had previously left room number 27 at the Tiffin Motel, 315 W. Market St., which was being occupied by 29-year-old Kaleb Luidhardt, of Tiffin, and 31-year-old Richard T. Mitchem, also of Tiffin.

“I am pleased to see the outcome of today’s operation. Drug investigations like today’s allow area law enforcement to send a strong message to the folks who come into our area to poison our community that it simply will not be tolerated in this city,” Tiffin Police Chief Fred Stevens said in a press release.

Correction: The original version of this story stated one of the suspects’ name as “Kalen Luidhardt.” This was a typographical error and has been corrected to state “Kaleb Luidhardt.”