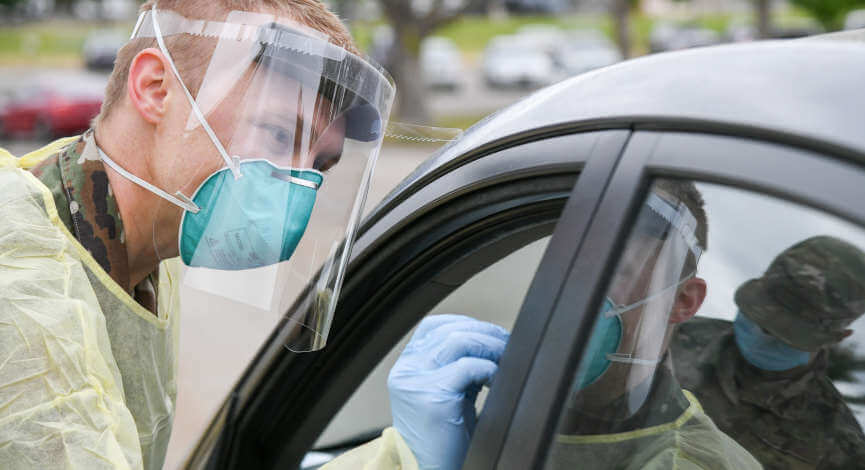 The Ohio Department of Health released a study Thursday of July data showing — at that time, at least — its count of COVID-19 infections was thousands short, as evidenced by antibody and diagnostic testing.

Between July 9 and July 28, ODH surveyed 727 randomly selected people from around Ohio to take different viral tests for the new coronavirus, which causes COVID-19, to detect prior or current infections.

About 23,000 Ohioans were diagnosed with COVID-19 during the study’s data collection period. The data released Thursday would suggest the true infection count would have been closer to 80,000, “suggesting that total cases in the state were approximately 3.5 times as high as diagnosed cases.”

On July 28, ODH reported about 86,000 known infections, cumulatively. Analysis of antibody testing data released Thursday estimates about 133,000 Ohioans would show evidence of prior infection, at the time.

The undiagnosed cases may have been mild and without serious complications, but they show how stealthily the virus can spread, likely finding hosts more susceptible to complications along the way.

Despite the underestimation of total infections, the data indicates the overwhelming majority of Ohioans have not yet been infected. Community spread is ongoing and most of the 11.7 million state residents remain susceptible.

“The goal is to get to herd immunity, and we’re going to need a vaccine to do that,” said Lt. Gov. Jon Husted at a press conference.

The term ‘herd immunity’ refers to a point in which enough people are immune to a disease — likely due to prior exposure or vaccination — that a pathogen dies out when it can’t find any hosts to infect and pass it along.

“We’re not gonna get that without the vaccine,” Gov. Mike DeWine said Thursday. “We’re not going to work our way into this for years. So what we have to do is hang in there, keep this virus low, we’ve got to keep our foot on its neck, and wait.”

Dr. William Miller, an infectious disease expert at Ohio State University who helped design the study, said it shows two key trends. For one, the reported cases are only a fraction of the true case count; and for two, most Ohioans have no immunity to the new coronavirus and must remain vigilant against it.

“It just means that we’re clearly in this for kind of a long haul,” he said. “We have to recognize that and manage our expectations of thinking things are going to go back to normal next week.”

The data has limitations. It was collected amid a statewide and national case surge and is now more than two months old. It’s also a limited sample size.

An ODH Spokeswoman, asked to explain the two-month delay between the end of data collection and its eventual release, said it “took time to collect all the data and analyze it and make the final report.”

Back on the upswing pic.twitter.com/1n69Dpn7an

More than 155,000 Ohioans have been infected, and the seven-day moving average has risen seven days in a row.  More than 15,000 have been hospitalized from the disease, and 4,817 have died.