Two seats on the Ohio Supreme Court are up in November’s election. The six-year terms on the state’s highest court are held by two longtime incumbents, and contested by two judicial veterans with experience vying for seats on the court or governmental positions. 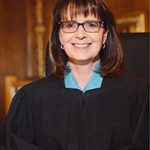 French has been a justice with the Ohio Supreme Court since 2013. She was appointed to the post by then-Gov. John Kasich after Evelyn Lundberg Stratton retired.

Before joining the high court, French spent eight years as a judge with Ohio’s Tenth District Court of Appeals.

In the years preceding her tenure as a judge, French served as chief legal counsel for former Gov. Bob Taft, following five years at the Ohio Attorney General’s Office and a four-year stint as deputy director of legal affairs for the state’s Environmental Protection Agency.

She started her legal career in 1988 as an associate at Porter, Wright, Morris & Arthur specializing in environmental law, until 1992, when she spent a year as associate counsel for office manufacturing company Steelcase, Inc.

She was appointed to the Federal Appellate Rules Committee in 2015, by U.S. Supreme Court Chief Justice John Roberts.

French is a native of Mahoning County. 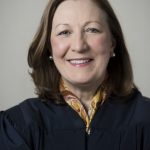 A former Ohio Secretary of State, Brunner is currently a judge on the state’s Tenth District Court of Appeals. Brunner spent five years as a judge in the Franklin County Court of Common Pleas.

After leaving the Secretary of State’s Office, Brunner went back into private practice, for which she has a total of 17 years experience.

The Springfield native also ran for U.S. Senate in 2010. 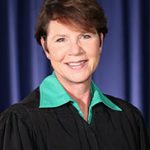 Kennedy has been on the bench of the Ohio Supreme Court since 2012. She defeated Yvette McGee Brown for the seat vacated by Justice Maureen O’Connor after she was elected chief justice.

A former Hamilton Police Department officer, Kennedy practiced on her own before serving as magistrate and officer for Butler County courts, including the juvenile court.

In 1995, she began serving as special counsel for former Attorney General Betty D. Montgomery, while also serving as disciplinary counsel for Lodge 38 of the Fraternal Order of Police of Ohio. 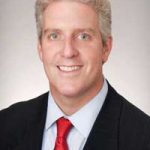 O’Donnell is currently a judge in the Cuyahoga County Court of Common Pleas, a position he’s held since 2007. He was also a judge in the county court system from 2002 to 2005, before joining Terrence J. Kenneally & Associates as a private-practice attorney.

O’Donnell was an insurance adjuster with Aetna before he began his legal career as a private-practice attorney in 1993. He worked as in-house counsel for the Cincinnati Insurance Companies before starting his first judgeship in Cuyahoga County.

O’Donnell previously ran for a seat on the Ohio Supreme Court in 2016, but narrowly lost the race to Justice Patrick Fischer. In 2014, he also unsuccessfully ran for Justice Judith French’s seat.