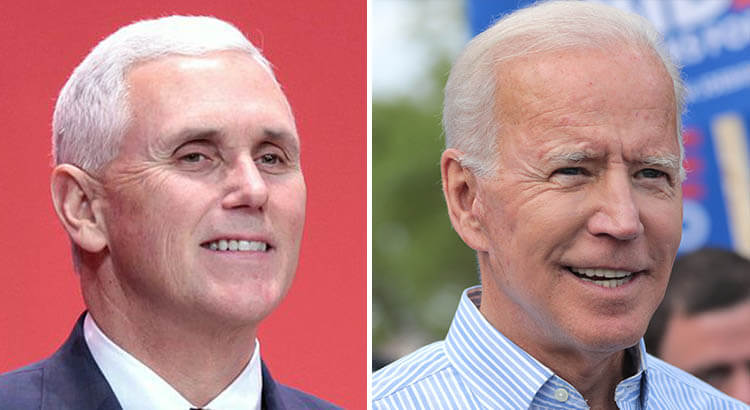 The two presidential campaigns continued their focuses on Ohio, both searching for a key battleground state victory as polls continue to show the race here as a toss-up. Their visits came as Supreme Court justice nominee Amy Coney Barrett appeared for her opening confirmation hearing in Washington, D.C.

At Savko and Sons, a Columbus construction business, Pence highlighted the open Supreme Court seat and said the nominee deserves to be confirmed.

“Now, the Senate has a job to do, and after they discharge their duty to advise and consent, I’ll make a prediction: Judge Amy Coney Barrett will be Justice Amy Coney Barrett. We’re going to fill that seat,” Pence said.

He accused Democrats of attacking the nominee’s faith; her affiliation with a conservative religious group has become a central point of scrutiny regarding her biographical background.

“These attacks on religious faith must stop and they must stop now,” Pence said.

Biden had made news just hours earlier by insisting that the nominee’s religious beliefs should not be considered by U.S. Senators in determining her qualifications to serve on the highest court.

Instead, the Democratic nominee turned his focus Monday on the Judge Barrett’s views regarding the Affordable Care Act — signed into law a decade ago when Biden served as vice president.

A Hoosier in Buckeye territory

Monday was Pence’s second time visiting Ohio within the past month, having appeared at a Zanesville rally in mid-September.

Trump has camped in Ohio numerous times this year, including events in the Dayton and Toledo areas last month.

Trump won Ohio by an 8-point margin over Hillary Clinton in 2016 and eked out victories in other swing states like Pennsylvania, Michigan and Wisconsin. The incumbent is faring worse against Biden in those latter states and the Trump campaign views Ohio, where the polls are more deadlocked, as a winnable state again in 2020.

The vice president and most of his campaign team wore face coverings throughout the day, but most supporters on hand at Savko and Sons did not wear them. Pence talked up his administration’s response to the coronavirus, making scant reference to the White House outbreak that infected the president and a number of other top officials.

Pence did mention the president’s own diagnosis from two weeks ago and noted that Trump also returned to the campaign trail on Monday after having tested negative for the virus.

He did not mention the state’s response to coronavirus; a month ago, Husted was loudly booed at a Trump rally for promoting mask-wearing to the crowd.

The virus has continued to spread in Ohio, with the state recording its highest 7-day average of new infections on Sunday.

With around 50 workers in hardhats behind him, Pence acknowledged the millions of jobs lost as a result of the coronavirus in 2020 but highlighted those that have since been added back.

In noting the ways America continues to rebound from the economic and cultural impacts of the pandemic, Pence offered another thing returning besides jobs.

“Buckeye football is coming back,” Pence said to hearty applause, leading the crowd in an OH-IO chant and giving a shoutout to former Buckeye star Cardale Jones who was present at Savko and Sons.

“It’s tough for this Hoosier to cheer for Ohio State,” the vice president said to laughter.

Pence began and ended his speech by wishing Columbus a happy Columbus Day. In between, he condemned the city for removing its Columbus statue at City Hall.

‘Barack and I bet on you’

While the Trump campaign has continued to host mass gatherings of largely-maskless supporters, the Biden campaign remains more cautious.

The Democratic nominee began his trip to Ohio with a “drive-in” rally outside a Toledo union hall, with supporters listening to his speech from their cars. Later in Cincinnati, he spoke inside the expansive Cincinnati Museum Center (formerly a train station) with a select few invited guests present but spaced apart.

Preceding Biden at the two events were U.S. Rep. Marcy Kaptur, D-Toledo and Kate Schroder, a Democratic nominee for the 1st Congressional District.

At both stops, Biden castigated the president’s response to the virus and highlighted the 215,000 Americans dead because of the pandemic. He accused the president of only worrying about the stock market and refusing to “follow science.”

He also contrasted the Obama administration’s handling of the economy — “Barack and I bet on you, the American worker, and it paid off” — to the results Ohio has seen since Trump was elected. In particular, the Democrat noted the job losses in Lordstown and the president’s recent boycott of Goodyear Tires.

Biden called 2020 “the most important election of our lifetimes. Not because I’m running, but because what’s at stake.”

“This is the most important election of our lifetimes. Not because I’m running, but because what’s at stake.”