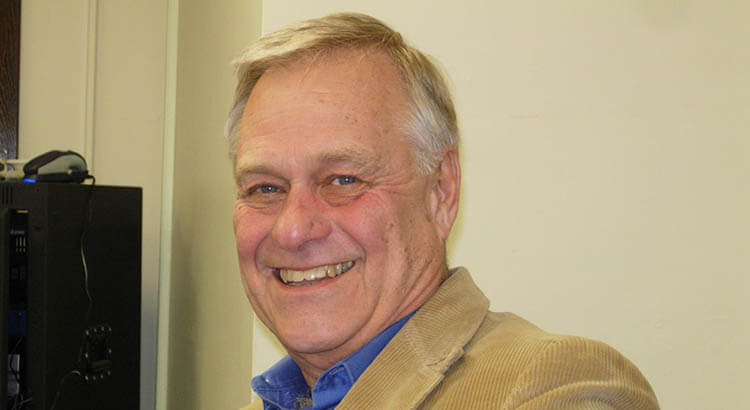 Tiffin, Ohio — A former Heidelberg University government professor is running as a write-in candidate for a seat on the Seneca County Board of Commissioners in the November general election, and the local Democratic Party has endorsed his bid.

Dr. John Bing, a Yale University graduate who arrived in Tiffin in the mid-seventies to begin teaching at Heidelberg, retired in 2013 and taught for several more years as an adjunct and emeritus professor.

Most recently, Bing finished a two-year appointment abroad as professor of humanities and special assistant to the president of American University of Malta.

“Dr. John Bing is the most qualified candidate,” the Seneca County Democratic Party said in a news release announcing their endorsement of Bing. “Voters should have a choice in every race.”

Bing is running against current Tiffin City Councilman Tyler Shuff (R) for a seat on the Seneca County Board of Commissioners. Current Commissioner Shayne Thomas (R), who lost a three-way primary race for state representative in the spring, is not running for re-election.

Bing said his political aspirations were nurtured through conversations with some of the country’s greatest public servants.

“For over forty years Dr. Bing has served his community as President of the Tiffin Park and Recreation Board. In 2000 he was named Citizen of the Year by the Ohio Park and Recreation Association,” the party said in their news release. “He has conducted and published local economic planning and election surveys as well as studies for local non-profit and for-profit institutions.”

Bing said he will bring seasoned experience in grant-writing and local advocacy to the table if elected to the board in November.

“Every day, the Board of Commissioners make decisions that affect our community. From government contracts to protecting the cultural assets of our county, John Bing will bring an informed, considerate voice to Seneca County,” the news release states.