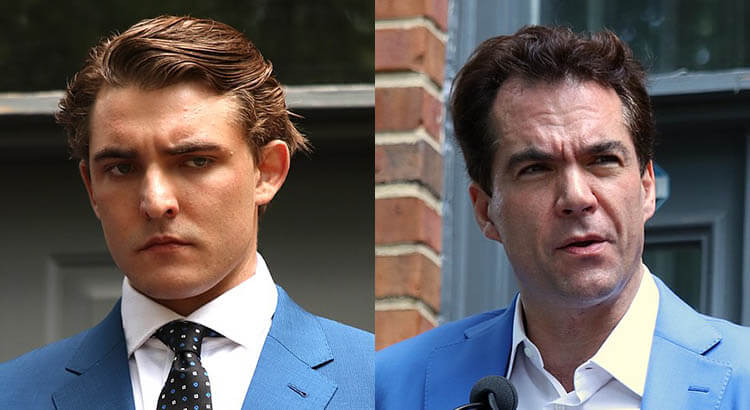 Far-right conspiracy theorists and political operatives Jacob Wohl and Jack Burkman have been indicted by the Cuyahoga County Prosecutor’s office “for devising a robocall scam that attempted to suppress voting in local minority neighborhoods.”

Cuyahoga County Prosecutor Michael C. O’Malley alleged in a press release that Burkman, 54, of Virginia, and Wohl, 22, of California, used the robocalls to intimidate residents to refrain from voting by mail.

“The right to vote is the most fundamental component of our nation’s democracy. These individuals clearly infringed upon that right in a blatant attempt to suppress votes and undermine the integrity of this election,” O’Malley said in the release. “These actions will not be tolerated. Anyone who interferes with others’ right to vote must be held accountable.”

Both Burkman and Wohl have been indicted on eight counts of telecommunications fraud and seven counts of bribery.

O’Malley commended Ohio Attorney General Dave Yost and his staff for their work on the case.

The release said that on Aug. 26, Burkman and Wohl utilized a voice broadcasting service provider to place over 67,000 calls across multiple states in the Midwest. More than 8,100 of those calls were sent to telephone numbers located in Cleveland and East Cleveland, the release said, adding that more than 3,400 of those calls were answered by either a live person or voicemail.

“The pre-recorded messages falsely warned people that if they voted by mail that their information could be used by law enforcement, collection agencies, and the Center for Disease Control for the purposes of pursuing old warrants, collecting outstanding debts, and tracking people for mandatory vaccines,” the release said.

Ohio Gov. Mike DeWine and interim Ohio Department of Health Director Lance Himes have repeatedly emphasized that COVID-19 vaccines will not be mandated. As the release said, the other allegations about potential use of mail-in ballots by law enforcement are also false.

The pair has already been indicted and arraigned on multiple felony charges related to the same alleged scheme in Michigan, where they have both pleaded not guilty.