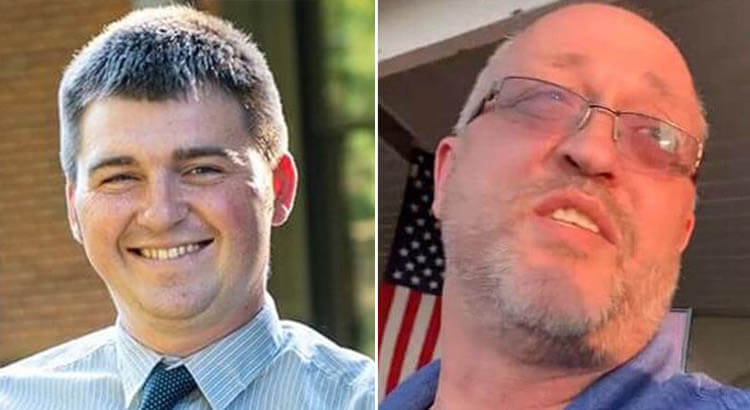 “Today, a portion of voters received one of what has been a pattern of false, and untruthful pieces of mail,” Liebold, who currently serves on Fremont City Council, wrote in a post to his campaign Facebook page.

“This one claims that I want to ‘defund’ the police,” Liebold wrote alongside an image of the attack ads being sent to voters throughout the 88th Ohio House district, which includes all of Sandusky County and the majority of Seneca County.

Liebold said the truth is that he has been pro-law enforcement, and his legislative record shows for it.

“As chair of the Fremont Finance and Labor Committee, I have voted for a budget and police contract that has given RAISES to our police department: 7% over three years,” Liebold said. “I have approved more than $200,000 per year in spending for new police vehicles. I have voted to approve spending for bodycams, and I voted to approve paid time off for officers working through the COVID-19 state of emergency.”

Liebold says he has also been a frequent critic of cuts to local government funding that have been “hamstringing public safety across our state.”

Click, a controversial Fremont-area Baptist preacher, claims he is running a “clean campaign” against Liebold. The mail advertisements were paid for by the Ohio Republican Party, a common move for state legislative races that has allowed Click to distance himself from the attacks.

Liebold, 29, has served on Fremont City Council since 2017, representing the city’s Fourth Ward. He has also served as the Sandusky County Democratic Party chairman and as a law clerk at the firm of Albrechta & Coble, Ltd.

Click and Liebold are facing off in the November general election for the seat representing the 88th Ohio House district. The seat is being vacated by Rep. Bill Reineke (R-Tiffin), who has served three terms as state representative and is currently running to represent the 26th Ohio Senate district.