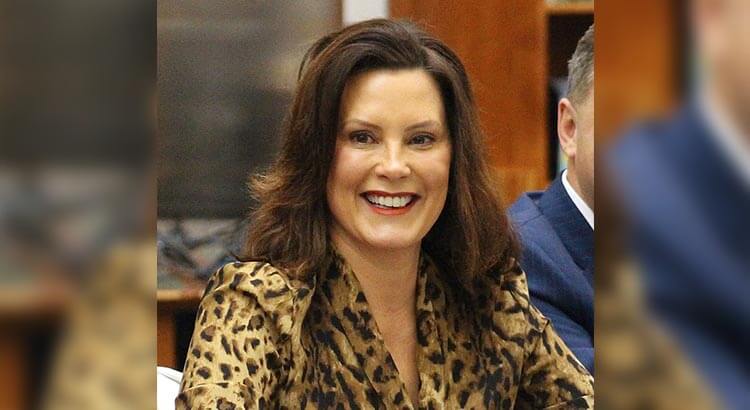 Six men were federally charged with conspiring to kidnap Whitmer, and another seven were charged with violations of Michigan’s anti-terrorism laws connected to alleged involvement with the “Wolverine Watchmen” militia group.

“When the time comes, there will be no need to try and strike fear through presence,” Brandon Caserta said Sept. 17, according to prosecutors, opting against attending an armed protest at the State Capitol. “The fear will be manifested through bullets.”

What brought the men to two meetings in central Ohio is unclear: The suspects are all from Michigan and Delaware.

However, the charging document states one paid informant assisted the FBI and secretly recorded the meetings in Dublin on June 6 and July 18. No threats were reported against Ohio government.

At the first meeting, Michigan man Adam Fox and Delaware man Barry Croft huddled for a meeting at an undisclosed Dublin location with 13 other people, including a confidential informant.

They discussed creating a society that followed the U.S. Bill of Rights where they could be “self-sufficient.” They discussed “state governments” they believed violated the U.S. Constitution, and specifically mentioned Whitmer.

They also discussed murdering “tyrants” or “taking” a sitting governor. Fox then reached out to a “Michigan based militia group.” The charging document does not identify the group, though Nessel said affiliates of the “Wolverine Watchmen” were charged.

Fox, working with Croft, met members of the militia group several times in June, including at a Second Amendment rally in Lansing. He later described the Dublin meeting and said he would need 200 men to storm the Capitol to abduct Whitmer.

“Fox explained they would try the Governor of Michigan for ‘treason’ and he said they would execute the plan before the November 2020 elections,” the charging document states.

On July 18, the men again met, secretly recorded by an informant, in Ohio. They discussed attacking a Michigan State Police facility and floated the idea of shooting up Whitmer’s vacation home. They eventually settled on kidnapping.

“Snatch and grab, man,” Fox allegedly said. “Grab the fuckin’ governor. Just grab the bitch. Because at that point, we do that, dude — it’s over.”

Prosecutors detailed two episodes of “surveillance” of Whitmer’s home and determined the conspirators considered demolishing a bridge to stave off a police response. An informant provided the FBI with a map of the lake near Whitmer’s home, distance from nearest police departments and estimated response time.

By mid-September, the men successfully detonated an explosive device at a field training exercise.

“I can see several states takin’ their fuckin’ tyrants,” Fox allegedly said. “Everybody takes their tyrants.”

The allegations come amid a time of unprecedented unrest and instability in the U.S., likely a combination of a pandemic, perceived overreach when governments responded, racial unrest, economic devastation of the pandemic, and extremism proliferating on various social media platforms.

“Our head of state has spent the last seven months denying science, ignoring his own health experts, stoking distrust, fomenting anger, and giving comfort to those who spread fear, hatred, and division,” she said.

Whitmer attracted national attention during the spring and summer for a forceful response to the COVID-19 pandemic. She also drew ire from libertarian and small-government groups for what they saw as overly heavy-handed stay-at-home orders and mask mandates.

In May, hundreds of protesters, many of whom were armed, stormed the Michigan Capitol. President Donald Trump only accelerated instability, calling for Whitmer to “LIBERATE MICHIGAN.”

Political demonstrations this summer have consistently featured armed demonstrators and counter-demonstrators. In Ohio, a violent, self-described neo-Nazi wielded an anti-Semitic sign at a coronavirus protest. He was later convicted of a weapons charge. Another anti-Semitic sign appeared at a protest outside the home of Ohio’s health director, who is Jewish. She resigned in June.

In late May, Ohio House Minority Leader Emilia Sykes received a call from a man threatening to murder her father, who is a state senator, if she didn’t “step aside” from her position as ranking Democrat in the chamber.

“Republicans from the Statehouse to the White House are playing a dangerous game,” she said. “When you use violent rhetoric, you incite violence. It is only a matter of time before someone is hurt or God forbid, killed.”

Earlier this month, the U.S. Department of Homeland Security issued a threat assessment warning of increased extremism in the country.

“The domestic situation surrounding the COVID-19 pandemic creates an environment that could accelerate some individuals’ mobilization to targeted violence or radicalization to terrorism. Social distancing may lead to social isolation, which is associated with depression, increased anxiety, and social alienation, the assessment states.

“Similarly, work disruptions, including unexpected unemployment and layoffs, can also increase risk factors associated with radicalization to violence and willingness to engage in acts of targeted violence.”