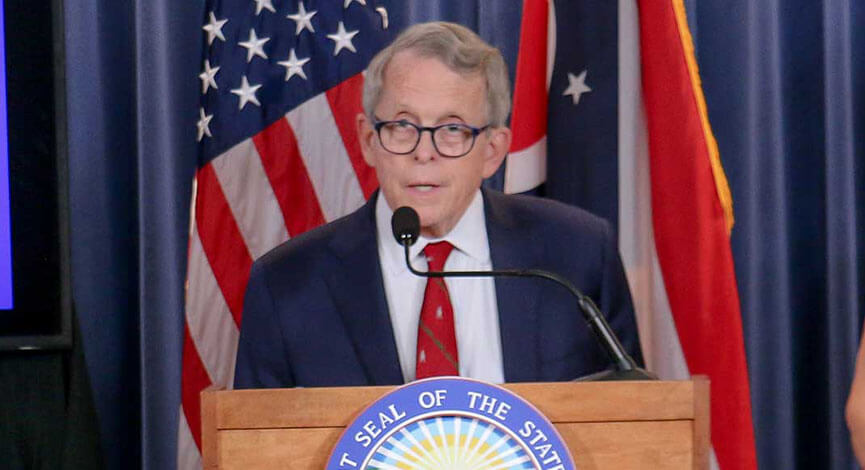 Two-thirds of respondents to the poll, which was released Wednesday and questioned self-identified registered, likely voters in Ohio, Michigan, Pennsylvania, and Wisconsin on a variety of topics, believe their governor is doing a better job of handing the novel coronavirus pandemic than President Trump.

In Ohio, Gov. Mike DeWine’s approval ratings for his handling of COVID-19 have dropped eight points since a similar Great Lakes Poll from Baldwin Wallace in March, but remain high at 72%.

The poll also found the presidential race to be a toss-up in Ohio and Pennsylvania, while Democrat Joe Biden holds an 8-point lead in Michigan and a 9-point lead in Wisconsin.

Biden is leading among independent voters in all four states included in the poll, and few voters are undecided at this point.

“The tight race in Ohio should concern Republicans. Having to expend resources in a state that was once considered a safe state for Trump means having fewer resources to deploy in other competitive states such as Pennsylvania, which is increasingly seen as the state most likely to decide who wins the Electoral College,” said Dr. Lauren Copeland, associate director of the Community Research Institute at Baldwin Wallace University.

The Baldwin Wallace University Great Lakes Poll was conducted between 9/8/20 and 9/22/20 in partnership with Oakland University (Michigan) and Ohio Northern University. The survey was conducted online among self-identified registered, likely voters in Michigan (n = 1001), Ohio (n = 1011), Pennsylvania (n = 1012) and Wisconsin (n = 863) using Qualtrics, an online sample aggregator. Sampled individuals were emailed by Qualtrics and responded using a personalized link to the survey. Data were weighted by sex, education, race, income and age.