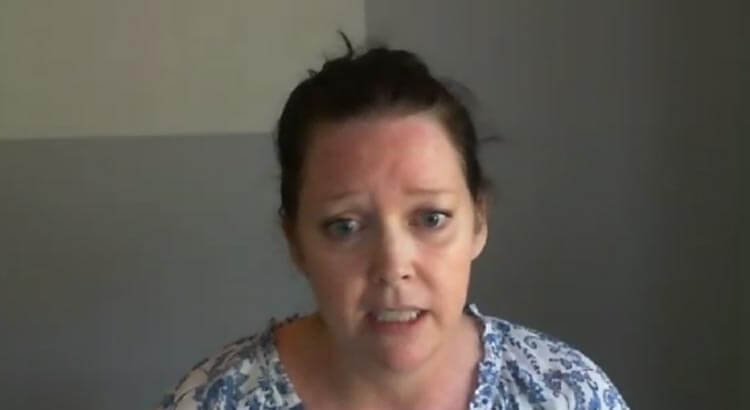 North Royalton resident Jessica Hair speaks at a Zoom call on Monday, on her son's health conditions and the impact a reversal of the Affordable Care Act could have.
ShareTweet

The North Royalton resident was just worried about her baby boy, born a month early, and getting him the care he needed.

Declan was born “gray and lifeless,” and was swept away by a neonatal intensive care unit with the thought that the baby might have had a stroke.

“I kept bleeding, and my husband didn’t know whether to be with me or my son,” Hair said.

Through the next 19 months of Declan’s life, he relied on a breathing apparatus, night-and-day care from the Cleveland Clinic, and even a geneticist sequencing his and his parent’s DNA to find a reason for his medical issues. It was when she was discussing a treatment plan with Declan’s doctors that Hair began to think about the impacts a diagnosis would have.

Doctors told Hair to expect to have Declan until he was a year old. He’s now eight years old and a thriving third-grader, she said.

In a press call hosted by the liberal policy advocacy group Progress Ohio, Hair said that a waiver made possible by the Affordable Care Act is the only reason she and her husband, both professionals with day jobs, have been able to get the wheelchair her son needs (at a cost of $68,000), and the 24/7 awake care her son needs, while not going into financial ruin, or worse.

“It is only because of the Affordable Care Act that Declan is alive and thriving,” Hair said. The family still holds fundraisers to help afford the equipment needed for Declan’s care.

Hair’s fears of the future have been renewed with the introduction of a new, conservative candidate to turn the tables of the U.S. Supreme Court.

The nomination by President Donald Trump of former law professor and appellate judge Amy Coney Barrett for the nation’s highest court brought together government officials, medical professionals, along with Hair to talk about the impact the change could have if the Affordable Care Act comes in front of the justices.

Just one week after the general election, the U.S. Supreme Court is set to consider a case reversing the health care legislation, a case for which the Trump administration has filed supporting briefs. With another conservative judge on the bench, the five votes needed to overturn the legislation could be there.

State Rep. Janine Boyd, D-Cleveland Heights, said Monday the idea of setting up the removal of health care legislation used by low-income and minority communities during a pandemic is “shameful.”

“Black and brown people will once again be most adversely affected by an outcome like the one this president is aiming to achieve in the courts,” said Boyd, who is the ranking member on the Ohio House’s Health Committee and co-founder of the Black Maternal Health Caucus.

A loss of the ACA would cause the closure of hospitals, Boyd said, citing the Ohio Hospital Association, because of the costs of uncompensated care. During a pandemic when many state residents have had to file for unemployment, Boyd said the timing doesn’t make sense.

Dr. Catherine Romanos, a family medicine physician and member of the Physicians Action Network, agreed that the pandemic is “a moment where we need more health care and better health care” and having a legal battle over the topic won’t help, especially as flu season also comes upon us.

“I’m genuinely worried about the care our patients won’t get if (Coney Barrett) is confirmed and the Affordable Care Act is rolled back,” Romanos said.

The pleas from Ohio officials and Hair come as Trump and former Vice President Joe Biden get set to hold a presidential debate Tuesday in Cleveland. The Supreme Court pick is likely to come up as a topic during the debate.