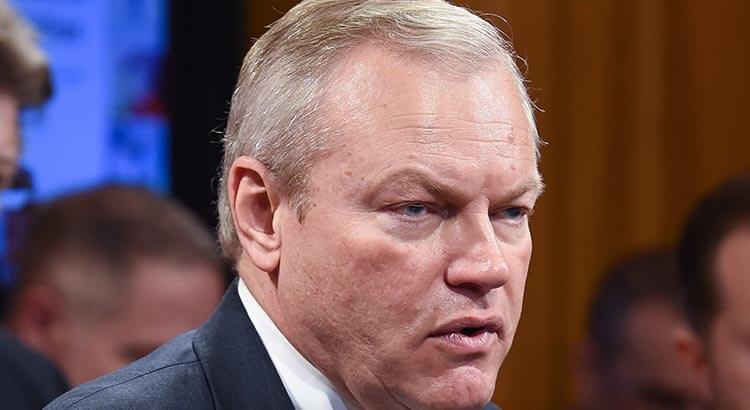 Tiffin, Ohio — A statewide advocacy organization is calling on state Rep. Bill Reineke (R-Tiffin) to provide an explanation to voters regarding campaign contributions he received from FirstEnergy’s political action committee, and give back or donate the contributions elsewhere.

Shortly before the arrest of former Ohio House Speaker Larry Householder (R-Glenford) and four of his associates on racketeering charges related to a federal corruption investigation involving FirstEnergy, the company’s political action committee donated thousands of dollars to Reineke, as well as other Ohio lawmakers.

FirstEnergy, an Akron-based energy company, paid Householder and his associates $61 million to get a $1.5 billion nuclear bailout from taxpayers in what prosecutors are calling the largest bribery scandal in Ohio history.

In the days and weeks leading up to the arrest of Householder and friends, FirstEnergy’s political action committee (PAC) doled out $158,000 to Ohio politicians, the Cincinnati Enquirer reported. $3,500 of that went to Friends of Bill Reineke, the campaign committee of Rep. Reineke, who is now running for the State Senate.

“How could this timing possibly be a coincidence? Do FirstEnergy and their Republican enablers really expect us to believe that these donations are anything other than an attempt to buy an insurance policy with GOP legislators and Ohio Supreme Court justices?” ProgressOhio Managing Director Michael McGovern asked. “The whole thing stinks of even more corruption.”

McGovern says Reineke owes voters an explanation and should give the contributions back to FirstEnergy’s PAC or donate them elsewhere.

McGovern is calling on Reineke to answer two questions: A) Did he receive the money FirstEnergy attempted to donate to him days before Householder was arrested? If so, will he return it?; and B) When will he return other dirty money they have received from people and groups linked to the huge HB6 corruption scandal?

“If Rep. Reineke did receive this dirty money, [he needs] to donate it immediately, along with any other corrupt cash [he’s] received from those connected to this scandal,” McGovern said. “Voters deserve an explanation and elected officials they can trust.”

While FirstEnergy’s PAC reported the contributions on an Aug. 20 filing, several politicians throughout the state told the Cincinnati Enquirer this week that their campaigns never received the money:

Among them was Ohio Supreme Court Justice Judith French, whose campaign says it never got the $7,000 the PAC reported giving on July 16.

“We went through every report, stacks of checks and everything,” French campaign manager Trevor Vessels said. “We never got a check from them. If we do get a check, it will be immediately returned.”

The alleged conspiracy, which revolved around the bailout of two failing nuclear power plants in Northern Ohio, is “likely the largest bribery and money-laundering scheme ever in the state of Ohio,” David DeVillers, U.S. Attorney for the Southern District of Ohio, said at a press conference. No other state legislator besides Householder has been charged with a crime, and DeVillers would not identify any others that may still be under investigation.

Leading up to the vote on and passage of the legislation, known as House Bill 6, FirstEnergy’s associated political action committees (PACs) also shoveled hundreds of thousands of dollars in campaign contributions to various lawmakers throughout the state, including Rep. Bill Reineke.