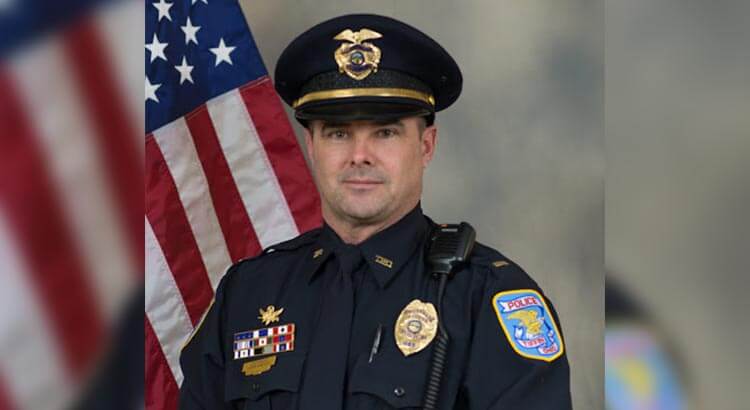 Tiffin, Ohio — Mayor Aaron Montz announced during Monday evening’s Tiffin City Council meeting that Tiffin Police Lieutenant Jason D. Windsor will take the role of acting chief at the end of October, when Seneca County Sheriff-elect and current Chief Fred Stevens will retire from the department and begin to prepare for his new role.

“I know folks have been very curious what’s going on with Chief Stevens’ pending retirement at the Tiffin Police Department,” Montz said during the meeting. “If you recall, Chief Stevens was elected sheriff earlier this year. His last day with the city is the end of October, so we have been holding several internal meetings and conversations around the process for that.”

Montz said the decision to place Windsor in the role was made, in part, due to the fact that Windsor has not expressed a desire to apply for the chief role, while the department’s two other lieutenants, Mark Marquis and Aaron Russell, are interested in the position.

“We’ve got three wonderful lieutenants who do a tremendously good job in the police department, that being Lt. Windsor, Lt. Russell, and Lt. Marquis. Two of those individuals are very interested in the potential of applying for the chief’s position, and the one that is not Lt. Windsor,” Montz said. “So he made the ideal candidate to become our interim chief so that no one, either internally or externally, felt they had to start picking sides or wondering where things are going to head.”

Windsor will serve as acting chief until a new chief is selected. Montz said the city will begin advertising for the position and conducting a national search in the middle of December, and the plan is to have the city’s new police chief announced by late February or early March 2021.