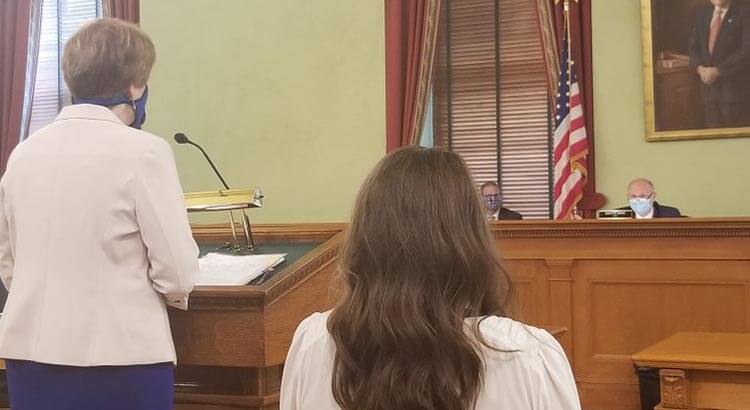 The Ohio Department of Medicaid is undertaking a massive overhaul of how it pays for more than $3 billion worth of prescription drugs a year. It’s planning to implement the changes by March, but so far it hasn’t answered basic questions about how it will be done.

That has lawmakers and the companies that work with the department worried and frustrated.

“I think (Medicaid Director Maureen Corcoran) is pretty headstrong on proceeding and I think she’s the only one who feels that way,” said Sen. Dave Burke, R-Marietta, chairman of the Joint Medicaid Oversight Committee. “There are definitely things that give me pause and the organizations that are going to actually implement this policy like the managed care organizations.”

Amid persistent and growing questions about whether middlemen known as pharmacy benefit managers, or PBMs, are overcharging taxpayers, lawmakers and other state officials have for years been casting about for reforms.

And while the systems they manage can seem arcane, they’re handling vast amounts of money intended to provide health care to more than a quarter of Ohioans in the midst of a global pandemic.

An analysis commissioned by the Medicaid Department determined that in 2017, CVS and Optum charged taxpayers almost a quarter-billion dollars more for generic drugs than they reimbursed the pharmacies that dispensed them. The analysis didn’t look at how much the PBMs made off of much more expensive brand-name and specialty drugs, but Sen. Bill Coley, R-Liberty Township, has estimated that the companies earned far more off of pharmaceuticals in those categories.

The companies currently contract with the managed-care providers hired by the Medicaid department to administer benefits to the vast majority of Ohio’s 2.8 million Medicaid recipients. Because they don’t contract directly with the state, the companies haven’t had to share data about pricing, rebates and other matters with state officials.

To address that, compromise legislation emerged last year that would create a single pharmacy benefit manager that would contract directly with the state. But as the Medicaid department blew through a July 1 deadline to implement it, serious questions emerged about what Medicaid would have the “single PBM” do — and whether it was actually hiring two companies to perform the functions of a pharmacy benefit manager.

Critics said the quiet period is meant to keep individual bidders from getting inside information; not to sidestep general questions from news organizations about the request for proposals, a public document. They added that it can’t possibly apply to questions about the duties of the “operational support vendor,” for whom a request for proposals hasn’t been drafted and thus can’t be under any “quiet period.”

Then, on Sept. 3, Corcoran, whose candor has been challenged in recent months, issued a memo that delved into some of the very issues her agency told the Capital Journal it couldn’t address because of the “quiet period.”

It addressed the respective functions of the “single PBM,” the “operational support vendor” and Medicaid personnel. The memo made no mention of a “quiet period.”

Also, some big items appear to be missing from the document. It says the Medicaid department will continue handling manufacturer rebates to the state and federal government.

But it’s silent on rebates that might be collected by the “single PBM” or the “operational support vendor.” Those entities might turn out to be large corporations with leverage to extract huge sums from drugmakers.

For Burke, the questions are even more fundamental than that.

In respect to the last issue, Burke said the Medicaid department hasn’t provided details about how the new system will be financed and how risks will be mitigated — issues that also are fundamental to the new system.

The Medicaid department didn’t immediately respond Friday when asked to comment on the criticism.

In an oversight hearing last month, Corcoran repeatedly said that issues that weren’t addressed in the request for “single PBM” proposals likely would be handled by the “operational services vendor.” At one point she said “If it’s not in there, it’s probably in the operational support vendor’s contract.”

That contract doesn’t yet exist and could be a long way off even though the new $3 billion-a-year drug scheme is supposed to be implemented in less than seven months.

A request for proposals — a document requesting companies to submit proposals to do the work — is still in the works. Asked for an update, Medicaid spokeswoman Lisa Lawless on Thursday didn’t say when the RFP might be coming.

“Ohio Medicaid is in the process of developing the RFP and timeline for implementation,” she said in an email. “The agency will announce the release of the solicitation and anticipated timeline broadly to ensure all interested parties receive the same information at the same time in a consistent manner. Doing so ensures a level playing field for any vendor interested in submitting a bid for the work.”

Asked when the agency will respond to an Aug. 19 open records request for conflict-of-interest disclosures by the firms that wrote the RFP for the “single PBM,” Lawless wasn’t any more forthcoming.

“Though I can’t give you an estimated timeline for when to expect a response, I can assure you ODM is actively working” on the request,” she said.