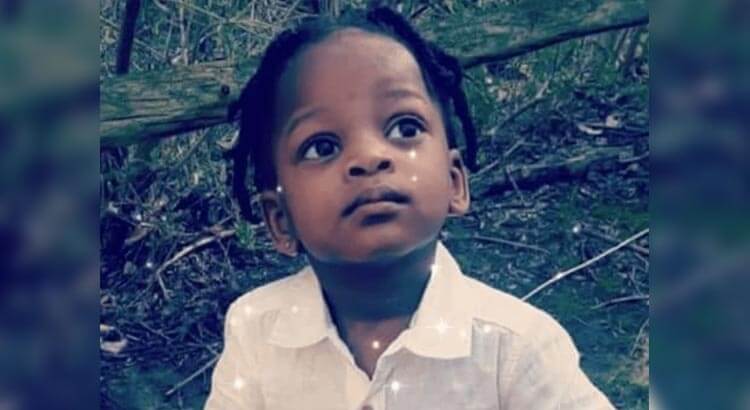 Original Story: TOLEDO, Ohio — The Federal Bureau of Investigation (FBI) has joined the search for a missing 3-year-old Toledo boy.

Braylen Noble was reported missing by his mother on Friday.

He was last seen at the Hunter’s Ridge Apartment Complex in Toledo, and his mother, Dajnae Cox, fears he may have fallen from a third floor window.

Authorities and rescue crews have been searching the area around the apartment complex, but have found no signs of the boy. The search has also included neighboring Swan Creek.

He was wearing a red and white Mickey Mouse t-shirt at the time he went missing.

The search for Braylen began around 12:30 p.m. Friday, after Cox reported to police that she couldn’t find her son.

Volunteers from the community have joined authorities and Braylen’s family members to search for him over the weekend.

Police said that volunteers in the search effort found two suspicious items Saturday night, including a possible bloody blanket in a cemetery across from the apartment complex. Cox, however, said the blanket does not belong to Braylen.

A separate group of volunteers found what appeared to be a freshly dug hole in the woods near the apartment complex. Police, however, say these two findings are not confirmed to be connected to Braylen’s case, and they are still investigating.

On Sunday, the FBI announced an award of up to $5,000 for information leading to Braylen’s recovery.

Help us find little Braylen Noble, he has been missing since Friday, Sept 4th. Up to $5,000 reward available for information leading to his successful recovery. If you have information call 419-255-1111 – tips can remain anonymous. pic.twitter.com/nmai1wDZlI

If you see Braylen, you are asked to call 911 immediately. Anyone with additional information that may be able to help authorities in this case should contact Toledo Police at (419) 255-1111.