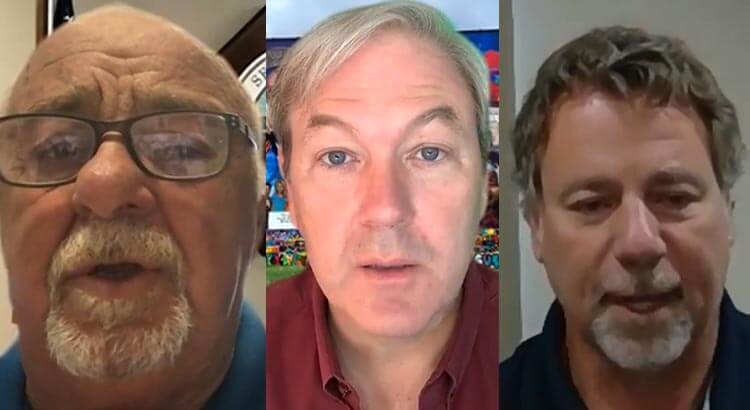 A meeting was held at 10 a.m., and another is scheduled for 7 p.m. on Zoom, for the commissioners to gather feedback from community members and officials on the past, present and future of EMS services in the county.

On Monday, a significant number of social media rumors were spreading online asserting that the commissioners had already decided on the EMS issue.

The commissioners made it clear Tuesday morning, that this is absolutely false and runs contrary to official information released by the board.

Some of the rumors included statements claiming that the county is planning to get rid of its ambulance service and all the volunteers who help make the system work.

The commissioners and Seneca County Emergency Services Director Ken Majors made it clear that this was a false assertion, and that paths forward would focus on finding ways to assist and supplement the volunteers.

Majors said the volunteer group has been successful in providing EMS to the county for more than 40 years, and he said the group continues to get the job done to this day.

The issue is that the number of volunteers has dropped from 140 in 2014, to 74 today, with only about 40 actively going on runs each month across six ambulances.

“The current system is working, and we hope that it continues to do so,” Majors said. “But, if you look at the data and the trends, we have to start thinking about the long-term sustainability and future of EMS coverage in our county.”

Another rumor that was popular online stated that the county planned to outsource its EMS coverage to one squad run by Tiffin Fire Rescue Division. Commissioner Mike Kerschner said that this was also false. He said that no decision was made and that the discussion beginning Tuesday was part of a good faith effort for the board to do its due diligence in improving upon the current system and assuring long term sustainability.

Kerschner said that all options should be considered and researched, but that the volunteers would be at the forefront of the discussions moving forward.

Commissioner Tony Paradiso began the first EMS feedback meeting Tuesday by thanking everyone in attendance and by letting everyone know that the sessions were designed to be the beginning of a lengthy process to make sure that the county accomplishes its ultimate goal, which is to provide great ambulance service at an affordable cost.

Speaking after the meeting, Paradiso said it is vital to support safety services and to keep citizens safe. “We have to make sure that when you dial 9-1-1 from anywhere in the county, you have an ambulance to you as quickly as possible. We must protect against the unnecessary loss of life,” he said.

The commissioners said they had no preconceived notions going into the process, and they hope to get participation from as many people as possible.

“The people involved in this process have differences, and there is a history of friction between some of the groups who are involved, but we need to put that behind us so we can all work toward our common goals,” Paradiso said.

On Aug. 27, Majors presented a proposal to the commissioners that he thought the county should strive for, and if there was an unlimited budget, it is what best practices within the EMS industry would suggest.

This model would include four full-time ambulances strategically placed across the county. Majors suggested that the county should work toward this, while still retaining volunteer personnel. The cost of this proposal would be upwards of $3 million.

Majors noted the high cost of that proposal (the county spends $320,000 annually on EMS now) and said that there are “thousands” of possible scenarios between where the county is today, and the long-term proposal he pitched in August.

The commissioners are to continue consideration of all ideas and will seek more feedback and suggestions from those involved with EMS in Seneca County as they move forward with the process. If you would like to submit feedback, e-mail Public Relations Coordinator Jimmy Flint at jflint@senecacountyohio.gov.