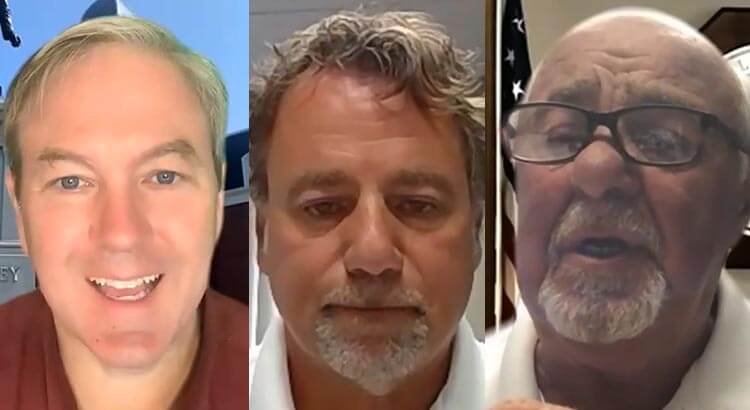 TIFFIN — The Seneca County Board of Commissioners agreed to restore funding to the salary and wage lines of county departments Thursday morning after the Seneca County Budget Commission increased its revenue projections this week.

Elected officials will decide on what this means for office and employee hours as funds are restored on Sept. 21.

At the beginning of the year, the commission certified a $17.5 million revenue estimate. This number was reduced by $2 million in April, due to the COVID-19 pandemic. The number increased again earlier this year, due to grant funding, including for large projects at the Seneca County Airport.

The newest revision to the figure by the budget commission is still about $1 million lower than initial estimates due to the unexpected grant funding that inflates the revenue and expense figures.

Although the newest revenue number appears similar to the initial projection, the first estimate did not account for the increased revenue and expenses of several large grants.

County Administrator Stacy Wilson reported General Fund revenue at about $13.7 million and expenses at about $11.2 million as of Aug. 31.

The revenue figure is somewhat inflated by the commissioners adding about $885,000 from the Medicaid-MCO Sales Tax fund. This is a one-time revenue entry that was set aside by the board in 2018 to help minimize the effects of a difficult financial situation.

The commissioners were pleased that budget cuts and responsible financial planning have helped the county to limit the negative financial ramifications of the ongoing global health crisis, but they also preached caution moving forward.

“This is the best decision based on what’s in front of us, but that could change,” Commissioner Tony Paradiso said.

Commissioner Shayne Thomas thanked county employees for their flexibility and the sacrifices made. “We are in a healthy financial position for the future because we all worked together,” he said.

On Aug. 20, the board agreed to bring some county employees back to full-time, following a positive sales tax report. Sales tax makes up almost half of the county’s revenue each year.

Some officials believe the strong August sales tax figure was a product of pent-up demand and new federal money being infused into communities.

As federal funding through US Small Business Administration loans, increased federal unemployment funding and stimulus checks dissipate, the economy could see another downturn.

The most recent jobless rate provided by the state for Seneca County is 8.1 percent for July, which is still much higher than pre-pandemic figures.

County officials continue to monitor the major revenue-generating lines to prepare for the future. Although sales tax figures through the end of August are up about 0.3 percent compared to 2019 through August, some other revenue generators are not performing as well compared to initial estimates.

The most recent revenue report shows several of these lines trending below initial estimates, including ICE and jail housing, which is expected to generate about $900,000 of the originally estimated $1.4 million.

In other business, the board approved the recommendation of the Coronavirus Relief Fund Committee to greenlight $95,220.44 of requested projects. This brings the total of CARES Act funding used thus far to more than $380,000.

The board also heard from Kim Bond, of First Insurance Group, who presented the county’s Health Insurance Committee recommendations. The commissioners approved the recommendations, which included a premium holiday for the county and employees during November, and no change in insurance rates for 2021.

In other action, the commissioners presented proclamations to two county employees who are retiring. Mary Jane Keller, of the Seneca County Auditor’s Office, and Mike Klaiss, of the Seneca County Emergency Management Agency, were commended, thanked and honored for their service to the community.

Also during the meeting, the commissioners briefly discussed the Seneca County Museum and agreed to continue their research before making any decisions about the future of the entity.