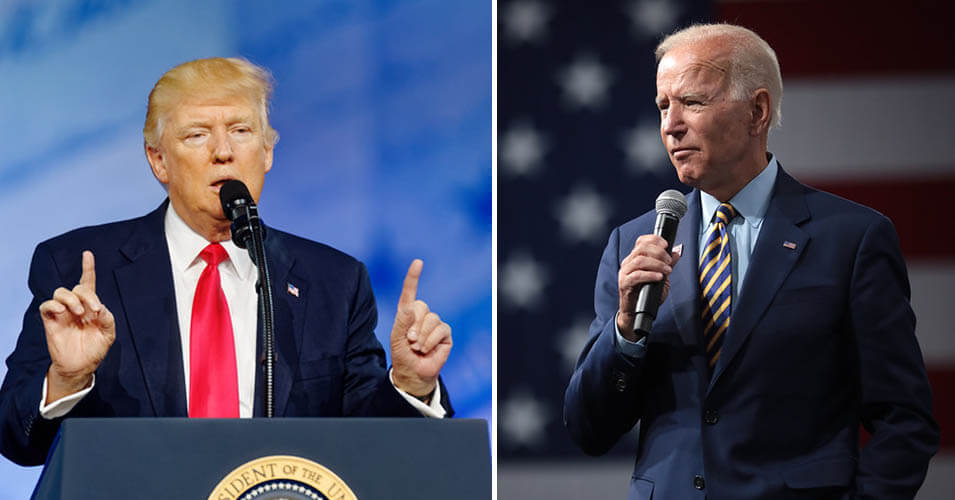 There were plenty of fireworks throughout the night, most coming from the debate stage and not from Progressive Field three miles away. (Sorry, Indians fans.)

Here is a look at several claims with ties to Ohio made by the two candidates:

Trump said, “Ohio had the best year it ever had last year.” The statistics tell a different picture.

Trump offered similar comments while campaigning in Ohio last week, and repeated the claim on the debate stage.

It is true that Ohio’s unemployment rate in 2019 was relatively low — ending the year at 4.1%, slightly higher than the national rate of 3.5%. But it is also true that Ohio’s job growth in 2019 was the slowest the Buckeye State had seen since the Great Recession a decade before, according to the progressive nonprofit think tank Policy Matters Ohio, which studies economic data provided by the Ohio Department of Job and Family Services.

The state gained jobs in the leisure (food service) and hospitality sectors, while losing manufacturing jobs in 2019.

Comparatively, 2018 was a much stronger year: tens of thousands of jobs added and an unemployment rate that dropped from 4.5% to 4.1%.

Biden said, “Even before Covid, manufacturing went in the hole.” Not exactly.

During the economy portion of the debate, Biden noted his role in the Barack Obama administration working on economic recovery following the Great Recession.

“We handed (Trump) a booming economy,” Biden claimed. “He blew it.”

Moderator Chris Wallace asked Biden if it was fair to say Trump “blew it” given the status of the economy before the coronavirus hit. Biden then made his claim about manufacturing having gone “in the hole” before the pandemic.

Nationally, the country gained around 500,000 manufacturing jobs in the first three years of Trump’s term — prior to the coronavirus-related economic shutdowns.

There have been high-profile examples of job losses, none bigger than the shuttering of the General Motors plant in Lordstown — famously coming after Trump told workers in the area that jobs were “coming back” and urging them not to sell their homes.

GM later sold the plant to the newly-created Lordstown Motors Corporation, which salvaged some of the job losses by manufacturing a new line of electric trucks. Trump recently highlighted the new trucks at the White House.

Did manufacturing in Ohio and across the country go “in the hole” before the pandemic struck? Not in the way Biden is characterizing.

Trump said, “We had 10.4 million people in a 4-month period that we’ve put back into the workforce. That’s a record the likes of which nobody’s ever seen before.” This claim is misleading.

In a question to Trump, Wallace noted the president’s administration has touted a “V-shape recovery” this year and asked him to give his take on how the recovery is going.

Trump then boasted of the job gains seen in recent months, calling it “a record.”

During the pandemic, the country’s unemployment rate ballooned from under 4% in February to nearly 15% just two months later — largely owing to business closures related to the virus. In some states, such as Ohio, governors enacted business and education shutdowns as a means of slowing the spread of COVID-19.

As Trump said, the country has since gained some of the jobs back as states continue to reopen their economies. But it’s misleading to refer to those job gains as “a record” independent of the context by which they resulted.

Trump said, “I brought back Big Ten football … people in Ohio are very proud of me.”

The various college athletic conferences have taken different approaches to the coronavirus, with some more cautious than others.

The Big Ten conference decided in August to cancel its football season, while other conferences went ahead with their fall season as scheduled. After weeks of negotiations, Ohio State fans rejoiced when it was announced the Big Ten would carry on with an abbreviated season after all.

Trump has claimed credit multiple times for the renewed season:

Great News: BIG TEN FOOTBALL IS BACK. All teams to participate. Thank you to the players, coaches, parents, and all school representatives. Have a FANTASTIC SEASON! It is my great honor to have helped!!!

But NBC journalist Peter Alexander quoted a college president of a Big Ten school as saying, “President Trump had nothing to do with our decision and did not impact the deliberations. In fact, when (Trump’s) name came up, it was a negative because no one wanted this to be political.”

Trump mentioned the Big Ten again on Tuesday night as part of a broader discussion on reopening America.

“People want their places open,” he said. “They want to get back to their lives.”

In a discussion about the coronavirus, Biden referenced an interview the president had with reporter Bob Woodward in March, in which the president said he “wanted to always play it down.”

Biden then recounted public comments from Trump about the virus from the spring.

The warm weather comment is true. He told supporters at a New Hampshire rally in February, “Looks like by April, you know in theory when it gets a little warmer it miraculously goes away.”

Biden is somewhat off in his characterization about Trump’s Easter comments. The president did not exactly predict the virus would be “gone away” by Easter. Rather, Trump offered hopes that the country would be able to roll back its virus response and end the economic shutdowns in time for that holiday.

Easter Sunday would go on to be the day America topped the world in coronavirus deaths. The pandemic has raged on since then, killing more than 200,000 Americans this year.