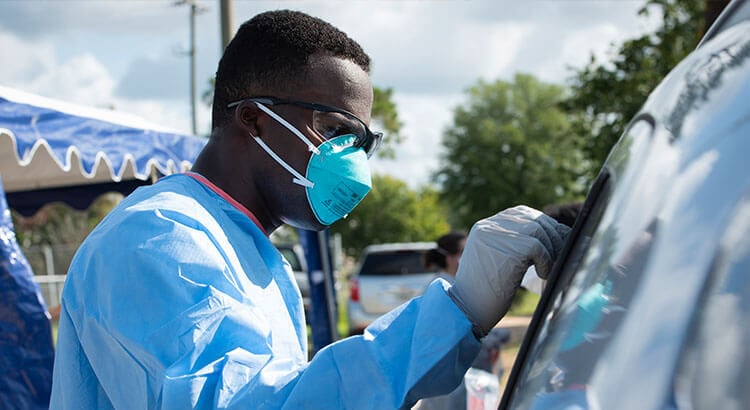 The Centers for Disease Control and Prevention estimates that more than 5,000 Ohioans will be dead from COVID-19 by the end of the month, according to new modeling.

The agency released national and state-by-state models that combine forecasts from 35 modeling groups, mostly universities, into an “ensemble” prediction.

About 5,080 Ohioans will be dead from COVID-19 on the week ending Sept. 26, according to the CDC’s ensemble prediction, released Aug. 31 and updated Sept. 3.

Case counts published by the Ohio Department of Health have steadily risen since mid-August. As of Monday, more than 131,000 Ohioans have been infected with COVID-19. Nearly 14,000 have been hospitalized and 4,276 have died. 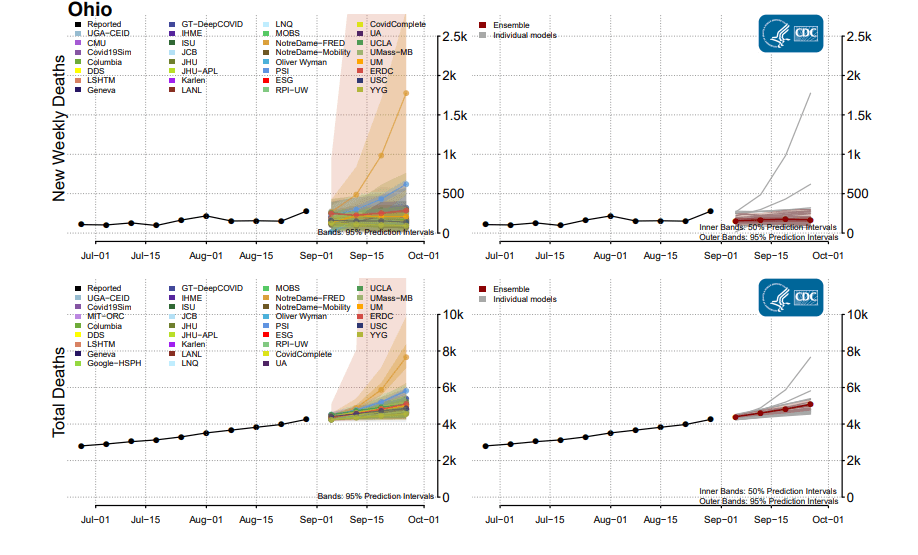 Screenshot of CDC modeling of COVID-19 deaths in Ohio through Sept. 26.

If the modeling proves accurate, the coronavirus will be the seventh leading cause of death in Ohio, as compared to 2017 data.

However, modeling is imperfect and is the product of a set of assumptions baked in to the forecasts. Likewise, behavior can change in real time affecting outcomes down the line.

Death data on a given day generally take a few weeks from the actual date of death to make it to the Ohio Department of Health to publish, further muddying the picture.

Nationally, the CDC predicted between 200,000 and 211,000 Americans will be dead from the coronavirus by the end of the month. As of Monday, more than 189,000 Americans have died from COVID-19, according to data from Johns Hopkins University.

In Ohio, case counts appear to have ebbed slightly over Labor Day, though this is likely the product of data lag over a holiday weekend.

According to the latest testing data from Friday, about 4.5% of people tested for COVID-19 are, on average, yielding positive results. This is about level through August, and down from a July case surge.

A Holiday weekend data lag is more likely than a true case decline, but time will tell. pic.twitter.com/MilU0yJfvG

The New York Times reported Sunday that college towns around the nation are driving new case counts by the thousands.

At The Ohio State University, more than 1,500 students have contracted the disease between Aug. 14 and Sept. 4, per university data.

According to the Ohio Department of Health, college aged adults are driving Ohio’s case surge. At the end of August, 18-22 year-olds comprised more than 35% of overall cases, compared to about 11% in early August.

Gov. Mike DeWine, at the behest of Vice President Mike Pence, warned last week that Ohioans should keep their guard up and avoid large gatherings during the holiday weekend. After the July 4 weekend, Ohio, like the rest of the country, experienced a notable surge in new cases among its younger residents.