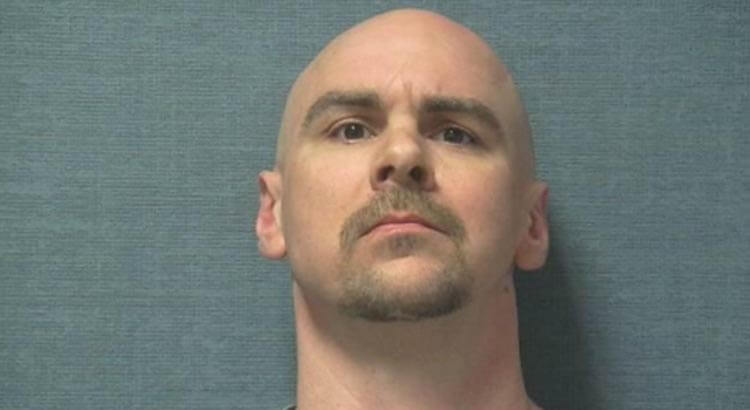 An alleged neo-Nazi with an extensive criminal history who raised an anti-Semitic sign at a protest of the coronavirus quarantine pleaded guilty to a federal weapons charge last week.

Police arrested Matthew Paul Slatzer, 36, at Fast Times Pub in Canton on Feb. 2. Slatzer, who was intoxicated, was accused of unlawfully possessing a .38 caliber revolver, given his 2010 conviction for domestic violence.

Slatzer also was carrying a knife, OC spray and ammunition at the of his arrest, court documents state.

Prosecutors say he threatened to execute the arresting officers and made homophobic and racist comments.

Slatzer appeared at a protest of COVID-19 lockdowns April 18 outside the Statehouse with a sign depicting a rat with the Star of David on its side and the words “The Real Plague.” Cleveland.com first reported on the display, and The Daily Beast identified the man as Slatzer.

People are driving their cars around protest (driving the block around #ohio statehouse) chanting “we are not sheep!” pic.twitter.com/PiHwg9zXP9

While he was free on pretrial release on related state charges, Slatzer allegedly entered a Dollar General in Stow on May 3 with a hatchet and sword. Prosecutors say he asked an employee for directions to Kent State University as there are “a lot of Jews at Kent State.”

He self-identified as an “Aryan brother” and said he was going to KSU to “find some Jews,” according to prosecutors.

“His behavior has included threatening behavior of a discriminatory nature which further shows his danger to the community and others,” prosecutors said, opposing Slatzer’s motion for bond.

According to the FBI, The Aryan Brotherhood is a violent, “whites only” prison-based gang with members operating inside and outside of the prison system. Members often sport swastikas and other Nazi symbols.

Tony Vegh, an attorney representing Slatzer, said he did not know if his client was a member of the gang. Slatzer did not dispute the claim in court.

While perhaps the most extreme incident, Slatzer’s appearance at the rally was but one of several flare-ups involving COVID-19 and anti-Semitism.

Another man carrying an anti-Semitic sign appeared at a similar protest outside then-Ohio Department of Health Director Dr. Amy Acton’s home in Bexley.

The sign referenced a verse from the New Testament in which John describes Jesus seeking to avoid Jewish leaders who might kill him. Other protesters outside Acton’s home were armed.

“While I have dedicated my life to improving public health, my first commitment is to my family,” she said to The State newspaper. “I am a public figure. My family is off-limits. I withdrew my name from consideration to protect my family from similar treatment.”

The details of Slatzer’s plea deal are not publicly available. He was also charged by state officials with possessing a weapon at a bar, which is illegal under state law. The charge was later dropped.

He is scheduled to be sentenced in December.