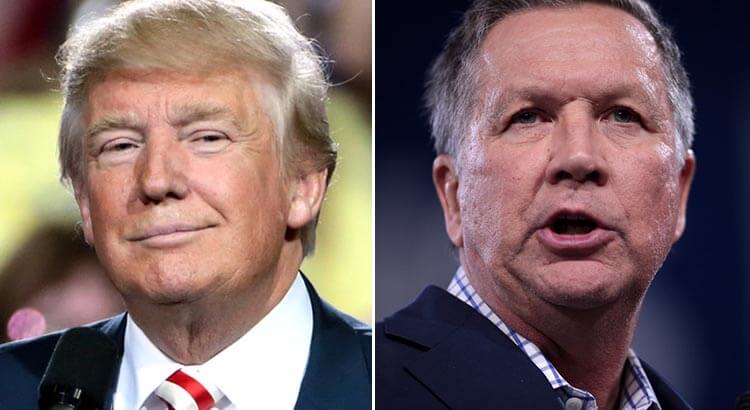 “People don’t like him. People don’t trust him. His health care in Ohio was a disaster,” Trump added. “He hasn’t done too well with Trump. He’s been easy pickings.”

Kasich, who served two terms as Ohio governor, said he is appearing at the DNC because although he is a Republican, that “holds second place” to the “responsibility to [his] country.”

“In normal times, something like this would probably never happen, but these are not normal times,” Kasich said.

Kasich ran an unsuccessful presidential campaign against Trump in 2016. He won Ohio but no other states.

Since losing the 2016 Republican presidential primary, Kasich has emerged as one of the leading critics of Trump within the Republican Party.

Some Democrats have been critical of Kasich’s appearance at the DNC. After Kasich questioned whether New York Rep. Alexandria Ocasio-Cortez is representative of the Democratic Party, Ocasio-Cortez pointed toward Kasich’s pro-life political stance in a Monday tweet to question whether he could properly represent Democratic views.

“It’s great that Kasich has woken up &realized the importance of supporting a Biden-Harris ticket,” Ocasio-Cortez tweeted Monday morning. “I hope he gets through to GOP voters. Yet also, something tells me a Republican who fights against women’s rights doesn’t get to say who is or isn’t representative of the Dem party.”