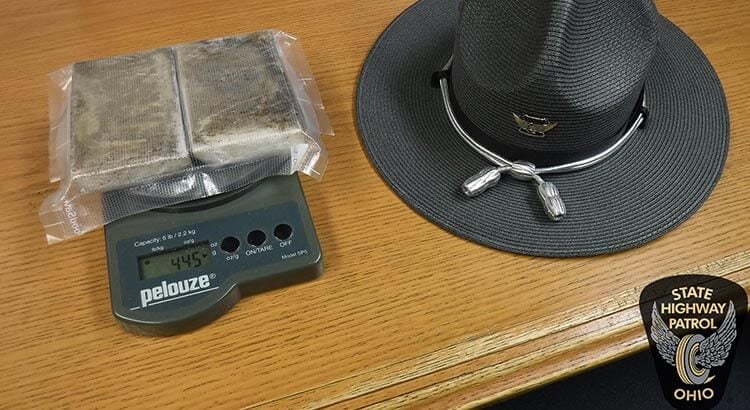 The Ohio State Highway Patrol arrested a Michigan man and a Texas man after a traffic stop in Hancock County.

During the traffic stop, troopers seized 455 grams of heroin worth approximately $51,175.

On Aug. 14, at 6:13 p.m., troopers stopped a 2020 Nissan Altima with Louisiana registration for a following too close violation on Interstate 75.

While interacting with the occupants, troopers detected an odor of raw marijuana.

Troopers asked the passenger about the marijuana and he handed over a bag of marijuana. A probable cause search revealed the contraband.

The driver, Jonathan Arceneaux, 27, of Houston, and passenger, RaShawn Jones, 27, of Detroit, were incarcerated in the Hancock County Justice Center and charged with possession of heroin, a first-degree felony.