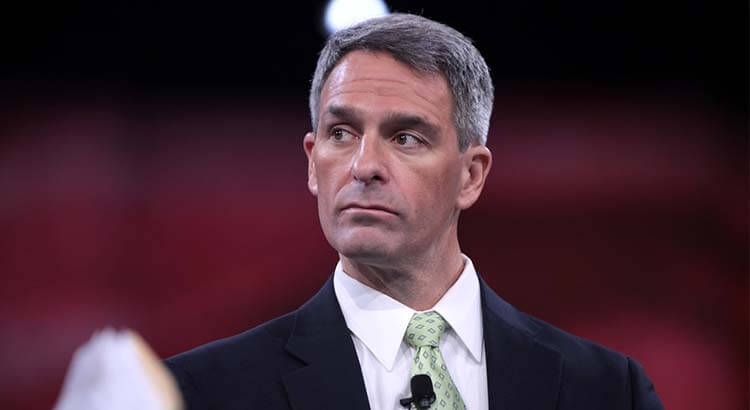 WASHINGTON — The Trump administration’s number two at the Department of Homeland Security on Tuesday defended federal law enforcement officers’ intervention in protests in Portland, Oregon, and other cities this summer.

Characterizing some of the protests as “mob rule,” Acting Deputy Homeland Security Secretary Ken Cuccinelli told lawmakers  that federal agents could exert force in other cities if violent protests break out.

“DHS will not back away from our responsibilities to protect federal property, the people using those properties, and our brave law enforcement officers,” Cuccinelli said at a Senate Judiciary subcommittee hearing.

Many of the protests in Portland have centered around the Mark O.Hatfield Federal Courthouse. President Donald Trump dispatched Homeland Security agents to Portland in July to protect federal property and respond to demonstrations that he and Cuccinelli have characterized as stemming from violent extremist groups.

“This country cannot survive allowing mob rule to replace the rule of law… they are not just attacking a federal court house but they are attacking very foundations that make the enjoyment of our natural rights possible, the rule of law itself,” Cuccinelli said.

Cuccinelli’s remarks follow a wave of criticism from Democrats and local leaders in Portland about the presence of federal law enforcement in the city– where demonstrations escalated into nightly clashes between protesters and federal officers. Viral videos showed officers in military fatigues using pepper balls and forceful tactics to clear streets and grabbing protesters to drive them away in unmarked cars. Portland Mayor Ted Wheeler has blamed federal agents for escalating conflict.

Oregon Gov. Kate Brown and the Trump administration reached an agreement last week for the federal agents to leave the city in phases, allowing local police to address the situation. Portland has seen weeks of demonstrations following the death of George Floyd, a Black man killed in Minneapolis in police custody.

Sen. Marsha Blackburn (R-Tenn.), a member of the committee, joined the hearing remotely and said she supports federal law enforcement. “They are protecting people who are coming peaceably to express their opinion and assemble, and at the same time having to deal with these rioters there to destroy property to harm people,” Blackburn said.

In late May, Memphis and Nashville both saw peaceful protests turn violent after dark, with damage to public and private property and police using  tear gas and pepper spray to disperse the crowds. In one outburst, people set Historic Metro Nashville City Hall on fire.

On July Fourth, thousands marched in Nashville in a Black Lives Matter demonstration. That night, Tennessee police arrested 55 violators for criminal trespassing. In both cases, organizers of the daytime protests said their groups were not connected with the destructive action at night.

Congressional Democrats have decried the Trump administration’s involvement in the Portland protests.

“If this subcommittee wants to protect Americans’ right to peacefully assemble, we should be focused on preventing federal officers from beating up protestors, tear-gassing them and shooting them in the face,” Sen. Mazie Hirono of Hawaii, the top Democrat on the Judiciary subcommittee that held the hearing, said at its outset.

House Intelligence Committee Chairman Adam Schiff said Monday that his panel would investigate the federal government’s response, after reports that Homeland Security officials had gathered intelligence on protesters and journalists covering the demonstrations.

“Let me be clear: reporting regarding the monitoring of peaceful protesters, creating and disseminating intelligence reports about journalists and protesters, and potential exploitation of electronic devices is deeply troubling,” Schiff wrote in a letter.

Senate Democrats introduced legislation last month that would block the Trump administration from deploying federal forces. Their proposal would prevent the use of unmarked vehicles and limit federal agents’ crowd control activities to federal property and its immediate vicinity, unless specifically requested by a mayor or governor. The bill has 42 Democratic cosponsors. Neither of Tennessee’s senators signed on in support.