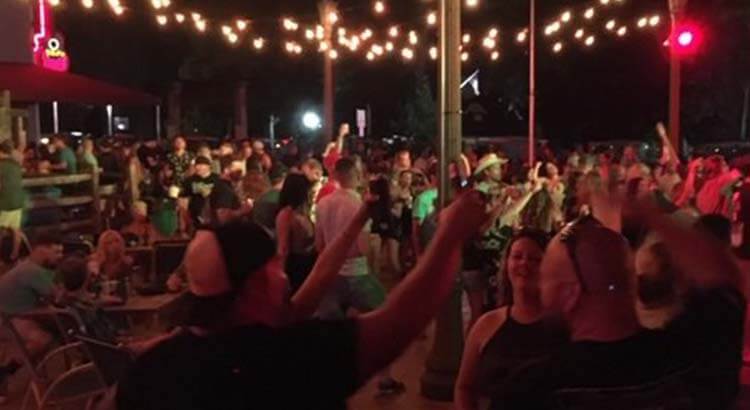 The evidence — photographs, video, and firsthand testimony — was damning, and the accused generally didn’t contest the allegations.

If it weren’t for the new coronavirus infecting about 4.8 million Americans and counting, all the offense amounted to was a bunch of adults hanging out in a bar.

“There were approximately 100 patrons inside,” said Agent Wbaroodser Rouse, of the Ohio Investigative Unit, of the Dusty Mug in Portsmouth.

The Dusty Mug had its day before regulators Monday, held through videoconferencing by the Liquor Control Commission. The business was among dozens of bars facing the new administrative citations.

The OIU, which more typically handles underage drinkers with fake IDs, has cited more than 90 liquor permit holders with violations related to COVID-19 orders. The regulators, who did not issue any rulings Monday, can issue fines, and suspend or revoke liquor permits.

The Commission held three hearings for three bars Monday, some of the first businesses cited for alleged violations of the state Department of Health’s “Dine Safe Ohio” order, which requires social distancing, limiting parties to 10 people, and requiring customers to be seated while boozing.

Since bars, restaurants and the economy at large opened in late May, the coronavirus has surged in Ohio and around the country. Despite the pandemic, bars have hosted crowded gatherings, sparking concern from public health officials.

On Friday night, Gov. Mike DeWine issued an executive order cutting off bar and restaurants’ liquor sales at 10 p.m. and any onsite consumption after 11 p.m., citing outbreaks tracing back to the industry. An ODH spokeswoman later said there are at least 50 outbreaks she’s aware of statewide from bars and restaurants.

But around 1 a.m. on May 31, it was a “free for all” inside the bar, Rouse testified, with people cramming in for drinks and employees failing to wear masks.

The commission held another hearing on a citation that Pat and Martha’s Tavern in Clark County, which allegedly served alcohol indoors in May (only outdoor service was allowed at the time). They held another against the Bar on 3rd in Ironton, which allegedly flouted social distancing and mask guidelines.

Dr. Mary Kate Francis, the medical director for the Ohio Department of Health, appeared at the latter two hearings as an expert witness for the state.

“[I felt] shocked and concerned that that kind of activity is going on during this pandemic,” she said.

She said it’s more complicated than it sounds convincing symptomatic people to stay home. For instance, diarrhea is a symptom of COVID-19, but she said most people don’t know that and wouldn’t necessarily quarantine themselves after a case of the runs.

Deborah Mershon, like the others representing her business, didn’t challenge the general thrust of the allegations against her. She said they were fresh into re-opening, didn’t have any revenue source for the months of lockdown, and are navigating the brave new world of commerce in a pandemic.

“Our manager definitely dropped the ball,” she said.

The Ohio Restaurant Association did not respond to interview requests on the hearings, or the Dine Safe Ohio order.

Riccardo Simmonds, an assistant Ohio attorney general, said in closing the regulators need to understand it’s not just the bar patrons who are risking exposure to the coronavirus. If they get infected, they contribute to community spread, which on a long enough timeline is likely to hit the elderly and the ill, who are more susceptible to serious complications from the disease.

The commission has similar hearings scheduled every day this week.