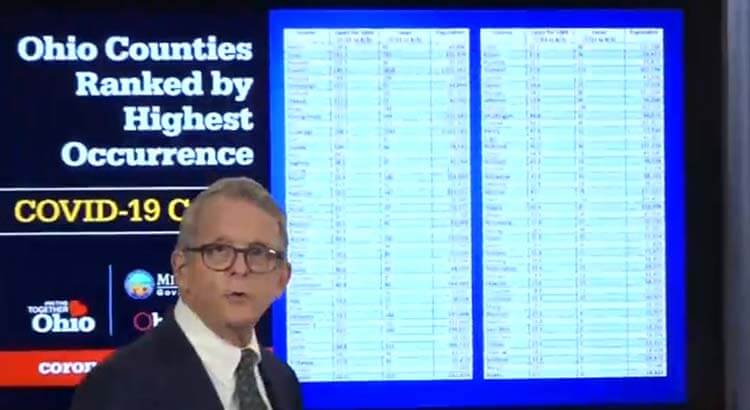 Seneca County has the 19th-highest rate of COVID-19 occurrence out of all Ohio counties, according to the Ohio Department of Health.

New data compiled by the Ohio Department of Health and released Tuesday shows the amount of community spread per county over the past two weeks.

Seneca County, with a population of 55,475, has 93.7 positive cases of the novel coronavirus per 100,000 residents, according to state health officials.

Seneca County’s position on the list is above that of neighboring Sandusky County, Huron County, and Crawford County, which placed at 23, 46, and 77, respectively.

Wyandot, Hancock, and Wood counties placed higher on the list than Seneca County, with rankings of 3, 5, and 9, respectively.

We’ve tried to give schools as much information as possible to help them make decisions on how to move forward. Here, we’ve ranked Ohio’s counties by highest occurrence – this shows what the spread has been like in our counties over the last 2 weeks. pic.twitter.com/YC5pJmoWsp