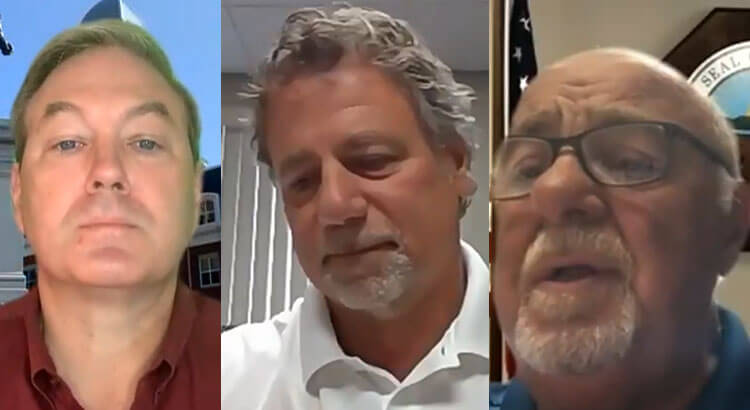 The Seneca County Board of Commissioners heard from Seneca County Emergency Services Director Ken Majors about the current state of EMS in the county and pondered the future of county ambulance services Thursday morning.

Majors’ report began with a presentation from Coshocton County EMS Director Todd Shroyer. Majors said Shroyer’s experiences in Coshocton could be valuable in learning from as Seneca County officials consider making changes to its ambulance services.

Shroyer said Seneca County EMS is in a similar situation to what Coshocton EMS was in about 30 years ago when the department was staffed entirely by volunteers.

Due to a downturn in volunteerism, the county decided to work with a private ambulance company, before eventually starting a full-time, county- paid ambulance service.

Shroyer said working with a private company eventually was not sustainable economically, and this is part of the reason the county moved back to a full-time, county-paid service.

He said the department now has four full-time ambulances stationed around the county of about 36,000 people. It costs about $2.6 million annually to run the department. Majors thanked all the EMS volunteers who have made Seneca County EMS a success for more than 40 years.

He said that although volunteerism has dwindled, the current group is still getting the job done. The reason for bringing up the issue, Majors said, was to respond to current trends to sustainably provide service in the long-term. In 2007, there were about 160 EMS volunteers on the roster and in 2014, there were still 140 EMS volunteers.

The latest count of the EMS volunteer roster is about 74 people, with about 40 actively working on squad runs during 2020 across the six ambulances in the county. Majors’ goal for moving forward with Seneca County EMS comes following years of research and by following best practices within the EMS industry.

He suggested the county move to a full-time, paid department by forming a countywide joint ambulance district that would invite all political subdivisions in the county except the city of Tiffin or Fostoria, since those entities already have full-time, paid EMS service.

Under Majors’ proposal, the county would strategically place four full-time ambulances in the county, with two on the east side and two on the west. There would also be a backup ambulance on the east and west side, which would be staffed by volunteers.

The system would also be supported by the current full- time Echo unit paramedic, which would assist crews with field leadership and experience.

Majors said this system would solidify the long-term sustainability of EMS services in the county.

“I’m not saying volunteerism is dead, we’re just worried about the trends we see in the data that we’ve developed in the past 10 years,” he said. We want to augment and supplement those volunteers, so they have the staffing that they need, when they most need it, at the most critical time.”

Majors mentioned a Bloomville-area volunteer, who volunteers an average of 160 hours every two weeks. This system could relieve some of the burden placed on the backs of volunteers, while still allowing them to provide their time and talent to the EMS system.

An advantage Seneca County EMS has always had with its volunteer-based system is the passion, dedication and local knowledge displayed by volunteers who are doing the job for their families, friends and neighbors.

Majors said it’s important the county does not lose this aspect and that it continues to support volunteers. The proposal, or long-term goal, provided by Majors would cost about $3.2 million annually, but he said it’s a model that the county should strive for, even if it only happens in increments.

Chris Daniel, of Bascom Joint Fire District, read a statement from Bascom fire and EMS personnel, asking the county to open the discussion up to all stakeholders in the county. Commissioner Mike Kerschner said the board would like to hear from as many people as possible as it ponders the future of EMS in Seneca County.

At the end of the discussion, the commissioners agreed to work on scheduling a lengthy session to discuss the future of EMS with all interested parties in the county.

In other business, the commissioners agreed to move forward by advancing funds for a taxiway improvement project at the Seneca County Airport. While resurfacing the taxiway earlier this year, crews came across some issues with the subsurface under the taxiway.

The taxiway has been closed since mid- June because of this issue. The board agreed to pay about $263,000 to fix the problem to re-open the taxiway.

The county will be reimbursed for the cost of the project over the next few years with its Federal Aviation Administration allocations. The commissioners also agreed to apply for grants to fix the underlying problem that led to the issue, which is poor drainage in some areas.

Also during the meeting, the board approved $19,763 in additional CARES Act funding requests from departments and also approved a proclamation congratulating all Seneca County 4-H students who received an “A” grade on their projects.

In other action, the commissioners briefly discussed the museum but made no decisions related to it.