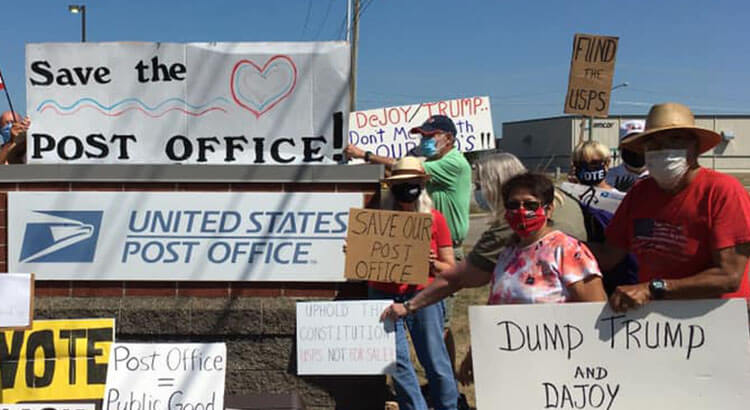 FREMONT, Ohio — As concerns about widespread mail delays grow, demonstrators nationwide, including in Fremont, gathered Saturday for “Save the Post Office” rallies.

In Fremont, over 40 community members raised their voices to make sure the postal service is up to the task to handle the influx of mail-in ballots for the general election in November.

Additionally, demonstrators at the Fremont Post Office called for the resignation of Louis DeJoy, who was appointed as postmaster general by President Donald Trump in June.

Delivering mail-in ballots is just one of the essential functions the post office plays, and that was on display at the Fremont rally. From seniors and those with disabilities who depend on the post office to deliver essential medications and other daily necessities, to people in rural communities, there are many groups which rely on the postal service.

Hundreds of similar demonstrations took place in cities throughout the country Saturday.