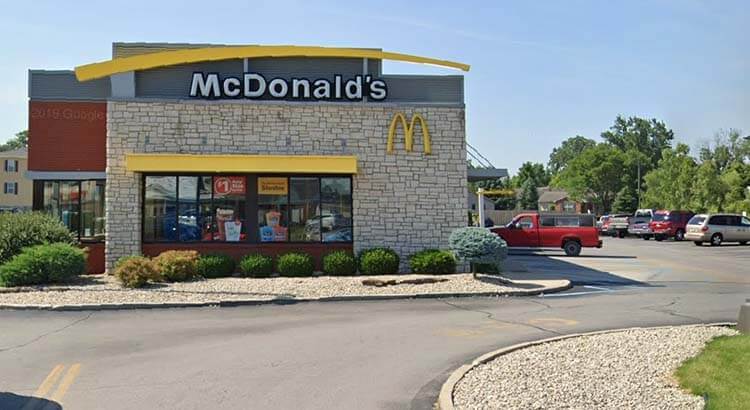 A Pennsylvania man has been sentenced on an OVI (operating vehicle under the influence) charge after striking another vehicle at the McDonald’s parking lot in Tiffin.

On Thursday, an officer with the Tiffin Police Department was dispatched to McDonald’s for an OVI complaint. The officer was advised there was a white van with a gray stripe on the side parked in the parking lot. The van had been through the drive-thru multiple times and hit another vehicle. The driver of the van had also allegedly made sexual remarks to multiple employees.

Upon arrival, the officer observed a van matching the description parked just past the pick-up window waiting for an order. The van then pulled into a construction area east of the Tiffin Pointe Apartments.

The officer pulled behind the van and exited his patrol vehicle. He observed Atchison in the driver seat with the seat reclined back. Atchison appeared to be sleeping, and when the officer announced himself, Atchison woke up and the officer immediately observed his bloodshot and glassy eyes and the odor of alcohol coming from Atchison’s breath, according to a police report.

Atchison told the officer he was parked in the construction area because the vehicle he was driving is a taxi and he transports Amish workers to and from the construction site everyday. Atchison said he drives from Bristolville to Tiffin and it is a two hour drive.

Atchison admitted to striking another vehicle but denied making sexual remarks to employees. Upon being asked by the officer, Atchison said he did not have any alcoholic drinks that day and doesn’t use drugs.

After undergoing multiple field sobriety tests, Atchison then agreed to take a portable breathalyzer test. The test was administered and returned a readout of .177% blood alcohol content (BAC).

Atchison was placed in handcuffs and advised that he was being arrested, at which point he stated that he had six or seven “little vodka drinks.”