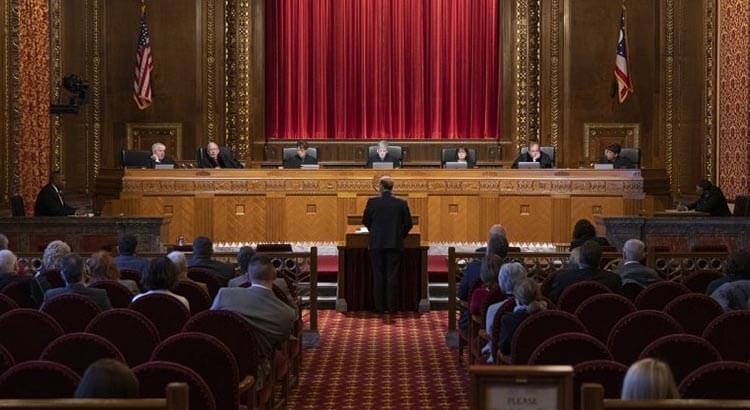 An Ohio school district hoping to enact a policy to arm teachers is asking the Ohio Supreme Court to speed up their decision in light of an approaching school year.

Last week, the state’s highest court agreed to hear the appeal of the Madison Local School District, after an appeals court ruled they did not have the right to enact a “firearms authorization policy” that would allow armed teachers in schools.

When the court of appeals made that ruling in March 2020, it had “no practical effect” on the district, attorneys for the district said in court documents. The decision came after Ohio Gov. Mike DeWine closed schools throughout the state due to the COVID-19 pandemic.

“That changes (Aug. 13), when the 2020-21 school year begins for Madison with in-person classroom instruction,” attorneys for the district said in their motion.

Due to the upcoming school year, the school district is asking the court to “expedite” the schedule and consideration for the ruling. They submitted the request two days after the state supreme court agreed to hear the case.

The request to speed up a ruling also included an argument that the school should be able to go forward with their firearms policy as the appeals court decision is appealed.

Attorneys for the district said the fact that the Ohio Supreme Court accepted the case “implies serious questions going to the merits of the Twelfth District’s decision and that Madison has at least a reasonable prospect of success on the merits.”

The district also said barring the firearms policy as the school year begins could become a safety issue.

“To be sure, everyone can hope that Madison does not ever experience another school shooting, and it is possible that the absence of this deterrent effect during the upcoming school year might turn out not to have mattered,” the school district said in court documents. “But it might matter, and Madison has made the policy decision that its students and staff are safer with its policy in place.”

The firearms policy was agreed to after a shooting at the junior/senior high school in which four students were injured, and the shooter, James Austin Hancock was sentenced to juvenile detention until he turns 21.

The district noted in its statement to the court that there were no “situations or incidents” during the 2018-19 school year or the part of the  2019-20 school year in which the schools were open.

The court battle is also the subject of a bill currently in the Ohio Senate. Butler County resident and state Sen. Bill Coley introduced Senate Bill 317 in May with the aim to reduce the amount of training needed for school personnel to be armed in schools.

An amendment has been brought up to include a “school marshal program” within the bill. The last hearing on the bill was held July 21.