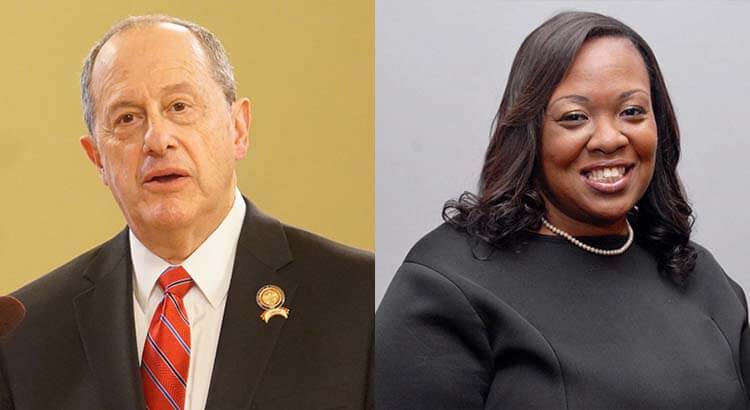 The coronavirus pandemic’s effect on the local economy continues, and two state representatives are trying to tap into the state’s rainy day fund for an “eviction crisis response.”

In a bill introduced on Monday, $270 million would be used for immediate, one-time rent relief, according to the sponsors, state Rep. David Leland, D-Columbus; and state Rep. Juanita Brent, D-Cleveland.

Helping Ohioans stay on their feet amid significant business closures and cuts, job losses and statewide economic losses is something with which the state should be charged, Leland said.

“When you think of what eviction does to a person, it wrecks their credit, and it puts them out on the street, when we’re all supposed to be staying home,” Leland told the Capital Journal.

The bill comes in the week after the Federal Pandemic Unemployment Compensation of $600 per week expired, and the plan for support from the feds remains unclear.

Several nonprofits and advocacy groups expressed their support for the bill saying the coronavirus impact will only get worse as the federal assistance dissipates, making state support a necessity.

“Every day that goes by without the promise of rental assistance is another day that Ohio families live in fear — fear of losing their homes and having no safe place to go,” Graham Bowman, staff attorney for the Ohio Poverty Law Center said in a statement on the bill.

“Of note, however, is the nearly 82-percent rise in the number of new eviction case filings in May compared to April,” the report from the state Supreme Court stated.

The study also looked at the activity of other states in terms of evictions, and found that 37 states are currently suspending eviction cases, enforcement or both.

The eviction protection bill seeks to create a rental assistance program similar to the Prevention, Retention and Contingency program already existing in each Ohio county. A formula given as part of the bill allows a standard amount equal to twice the monthly rent rate minus monthly income. This amount is capped at $1,500.

The program allows for the payment of rent owed since April 1.

Those owing several months of rent can get the standard amount multiplied by the months of back rent. That amount is reduced depending on how much money the renter currently has in the bank.

Leland said the distribution of the money would be at the discretion of the governor, but could be organized through nonprofits or programs.

“I don’t really care who gets credit for this, I just want it to get done,” Leland said.

Any money not used after the 60 days of the program is returned to the Rainy Day Fund.

The bill has an emergency clause attached, meaning if the bill was passed it wouldn’t have to wait the customary 90-days after the governor’s signature to take effect.

But with the House not planning to return until September and currently awaiting decisions from the newly elected speaker, Leland isn’t sure how quickly the bill will be up for committee review.

“Hopefully (House Speaker Robert Cupp) realizes that we can’t take a month-and-a-half off during this crisis,” Leland said.