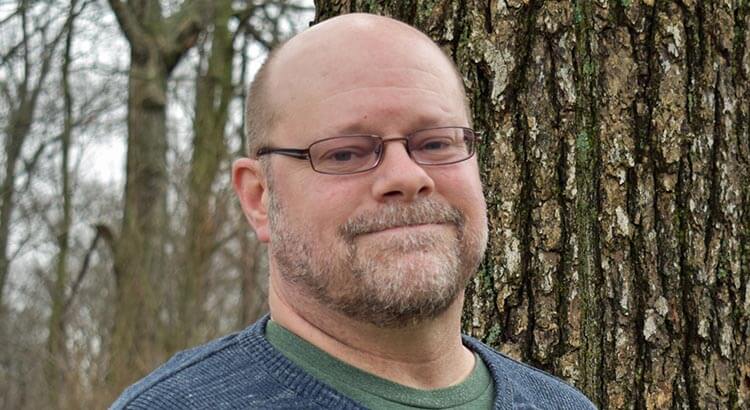 The following was written and submitted to our commentary section by Nick Barnes, the Democratic candidate in the 2020 general election for the 87th district Ohio House seat. The content of this editorial does not necessarily reflect the view of TiffinOhio.net or its affiliates.

Hello, fellow Ohio-87 residents. My name is Nick Barnes and I am running to be your representative in the Ohio General Assembly this November. My primary motivations for doing so are to increase transparency in our state legislature, to put an end to lobbyist and corporate influence, and to break the two-party stranglehold that corrupts our governance and discourse. I believe that only when we address these foundational issues can we create the type of government our nation’s founders envisioned — one that is truly of, by, and for the people.

As things stand, nearly all political dialogue must first be filtered through a gauntlet of factional tribalism before anyone is permitted to take a position, even in the most minuscule matters. As we have seen, such restraints render party-sanctioned viewpoints ever more rigid, while seemingly requiring the wholesale dismissal, even demonization, of opposing opinions, and of opponents themselves.

But this phenomenon serves a more dastardly purpose: it keeps the majority of Americans, who otherwise have common interests, fighting amongst ourselves while the legacy elites dance blithely above the fray, relishing — often inducing — further conflict; and using the distraction to pick our pockets in a stream so gradual and insidious that we either don’t notice, or worse, thank them for allowing our participation in the transaction.

It is chiefly in the spirit of breaking these manipulations that I submit my candidacy. I feel we must steer our politics to a more productive place that does not subjugate one’s opinions to the dominion of “party”; a place where debate is informed by solution-oriented cooperation and intellectual integrity as opposed to party-approved platitudes. The Establishment Duopoly, of course, resists such efforts, which is why ballot access for independents and third-party candidates is functionally prohibitive, as I discovered two years ago firsthand.

Special interests: By every objective measure, our government is a plutocracy, wherein the unlimited exchange of corporate cash and political favors has transformed “by and for the people” into “by and for wealthy, self-interested donors.” It is no accident that as corporate and lobbyist influence has skyrocketed, the viability, buying power, and economic security of everyday working Americans has plummeted. Our political representatives spend more time raising money for their campaigns than they do solving problems for their constituents, in practice more closely resembling salespeople than public stewards. Clearly, this reality could not have been part of the founders’ vision for our nation. We need look no further than our own statehouse, in fact, which is embroiled in a $60 million bribery scandal; and this is after a previous speaker was forced to resign when the FBI opened an investigation into his interactions with lobbyists. The whole system is rotten, and we need a wholesale exchange in leadership and attitude.

With the preceding in mind, I pledge never to accept money from political parties, lobbyists, corporations, or political action committees, whether I agree with what they advocate or not. My opinions are my own, and I feel that once special interest money is introduced into the equation, I lose the authority to make such a claim. In the 2018 election cycle alone, Ohio General Assembly candidates raised over $32 MILLION in campaign contributions, much of it dark money whose sources are legally obscured from public scrutiny. Such obscene amounts of cash have no place in representative governments, and I won’t participate in it. Instead, I will rely on communicating directly with OH-87 constituents, being open and honest, and being accessible.

As you may have discerned by now, I am not a politician. I’m bad at public speaking and abhor photo ops. I am doing this out of a genuine desire to serve the community in which my family has lived and worked for six generations. I am a social libertarian who believes in personal freedom, inclusiveness, and using our collective resources efficiently and accountably, but not intrusively. Recently, I started a new food truck business. That’s my job, and it will continue to be my job even if elected. I view being a citizen-representative as a part-time service, not a career opportunity.

In the last few weeks leading up to the election, I will be elaborating on more specific policy positions and matters that face us here in OH-87 and across the state of Ohio. Briefly, here are a few of the issues I care about:

So that’s a general overview of who I am and how I view my responsibility as a citizen-representative. All of this is predicated on talking with as many of you as possible, learning about your concerns, and attempting to arrive at a shared understanding of where we are and where we need to go. You will be my partners and advisers. I welcome correspondence and vow to be transparent, accessible, and candid. I wouldn’t know how to do it any other way.

Thank you for your time, and I look forward to speaking with you.

Nick Barnes is the Democratic candidate for the 87th Ohio House district in the November 2020 general election. Follow him on Facebook at Nick Barnes for Ohio 87th and on Twitter @BarnesForOhio87.