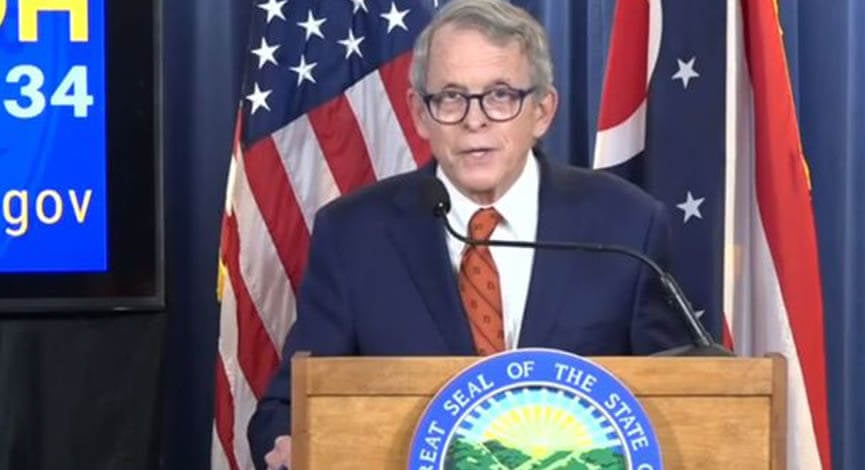 Ohio Governor Mike DeWine (R) on Tuesday brushed off an ongoing attempt by conservative state lawmakers to impeach and remove him from office, telling them to “have at it.”

“My focus, as governor, is going to continue to be, and my priorities are, to keep people safe and get our economy moving faster,” DeWine said during his coronavirus press briefing Tuesday. “If there are others in the legislature who want to spend their time on drawing up resolutions and filing articles, look, it’s a free country. If that’s how they want to spend their time, you know, I would just say to them, have at it.”

State Rep. John Becker (R-Clermont County) announced Monday that he has drafted ten articles of impeachment against Gov. DeWine and is asking all of his House colleagues to join him in “ending the madness.”

Becker’s office said in a news release that he is the main sponsor of legislation that is cosponsored by Reps. Candice Keller (R-Middletown), Nino Vitale (R-Urbana) and Paul Zeltwanger (R-Mason).

They allege that DeWine violated the separation of powers; erred in postponing the primary election in March; inflicted “irreversible economic hardship on a growing number of Ohioans” through his COVID-19 mitigation efforts; provided “wildly inaccurate forecasts and repeatedly misleading COVID-19 data”; and violated civil liberties by requiring face masks.

DeWine said his focus continues to be “protecting the people of the state of Ohio, get the economy moving faster, and save lives.”

“These are things we are spending our time worrying about. But as I say, have it, if members of the General Assembly want to spend their time on this, they certainly have every right to do that,” he said.

RELATED: Conservative lawmakers have spent the pandemic targeting DeWine. Now they want to impeach him.

RELATED: Ohio GOP lawmakers call for Gov. DeWine, a Republican, to be impeached