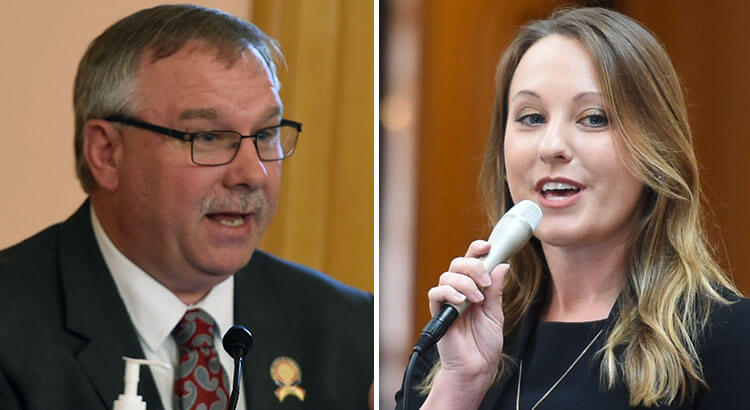 Two Republicans in the Ohio House of Representatives have introduced another bill to weaken the Ohio Department of Health’s ability to issue public health orders during the pandemic.

Its chance of passage is doubtful, given the laundry list of similar efforts that have either stalled out or been vetoed by the governor.

GOP Reps. Susan Manchester and Don Jones introduced the bill last week, just before other House Republicans announced their moonshot plan to impeach Gov. Mike DeWine regarding his handling of the COVID-19 pandemic.

Specifically, House Bill 748 would prohibit ODH from issuing any order that supersedes a decision made by a school district or local government.

The sponsors said in a news release the legislation follows the governor’s “one-size-fits-all” requirement that students wear face masks, for example.

Since the pandemic began, Republican lawmakers have waged a series of efforts generally aimed at weakening ODH’s powers to issue health orders.

That includes reeling in the powers of the health director, reducing penalties for violating public health orders, requiring written consent for contact tracing, and allowing local governments to opt out of state health orders.

Serious complications in children from the coronavirus are rare, though have been documented in Ohio.

Nearly 4,000 Ohioans have died of COVID-19 since March, two of whom were 19 years old or younger.

One of them was a 19-year-old from Ottawa County who lived in a long term care facility and had a “lot of comorbidities,” according to county Health Commissioner Jerry Bingham.

The other was a female younger than 20 years old from Montgomery County who contracted the disease July 29 and died two days later, state data shows.

About 250 state residents in the age group have been hospitalized since March.