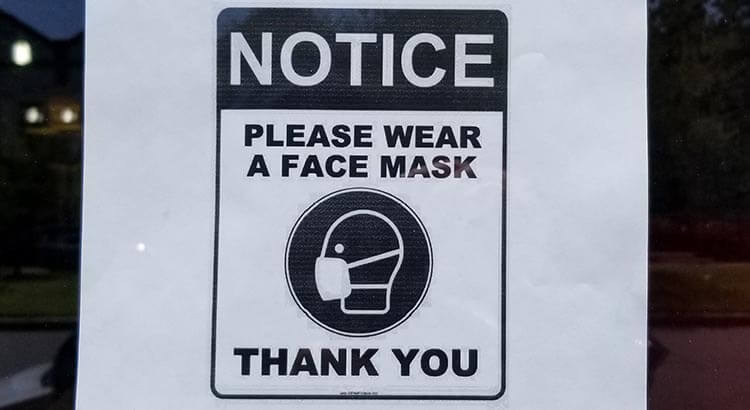 An overwhelming majority of economists at Ohio colleges and universities believes that the state’s mask mandate is the economically wise thing to do, according to a survey released Monday.

In addition, the survey found that the same majority believes that the worst economic effects of the pandemic will fall most heavily on the poor.

The poll of 40 scholars on the Ohio Economic Experts Panel conducted by Scioto Analysis found that 38 of them agree or strongly agree that the long-term economic benefits of mask wearing outweigh the detriments.

New science is emerging that shows face masks to be one of the best ways to prevent the spread of the new coronavirus. And many of the economic experts surveyed said their cheap price makes the economics of wearing one straightforward.

“Mask-wearing is a low-cost activity that has large benefits associated with maintaining economic/business activity (not to mention direct public health benefits),” Kent State University Economist Curtis Reynolds said in the comment section of the survey.

A colleague, Daniel Shoag of Case Western Reserve University, put his argument in the cold statistical terms economists use to evaluate human activity.

“The value of a statistical life is around $10m and there are ~11.5 m Ohioans,” he said. “How much would people pay not to have this mandate? Likely less than a few hundred, and I think it will save that many.”

Even the economist who was most lukewarm about mask wearing seemed to say the mandate is worth a shot. Michael Jones of the University of Cincinnati responded with a “5” when asked to rate on a 1-10 scale how much he agreed that the long-term benefits of mask-wearing exceeded the costs.

“Even though the long-term benefits are unknown, the costs of the mandate itself seem quite low,” he said.

The economists also strongly agreed that the economic fallout will hit the working class and the poor the hardest. But some pointed out that what that means requires some clarification.

“It depends on how you measure it,” Jonathan Andreas of the University of Bluffton commented. “In absolute dollars, the non-wealthy will suffer less, but not in more important measures like unemployment, mortality, and percentage drop in consumption spending.”

And as other experts have already said, the coronavirus and the dislocation it’s causing are highlighting the economic plight that millions of Ohioans were facing even before the pandemic began.