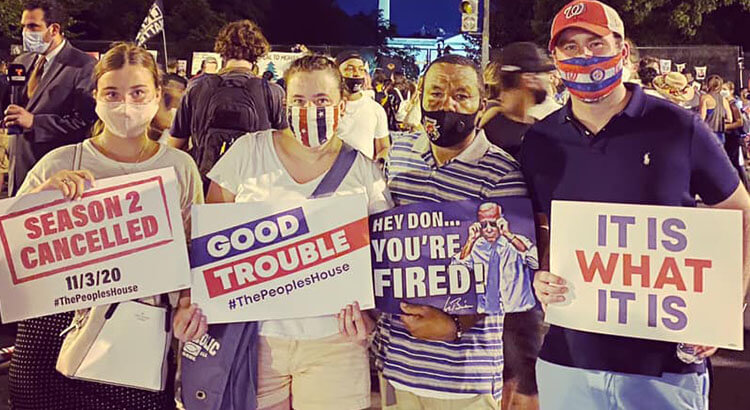 She worked in the Washington, D.C. area for a number of years gaining access to federal government and its relationship to the states and local communities. Freshour returned to Ohio for family reasons and currently works as a litigation paralegal.

“I am a ‘get stuff done; everyone just stop playing partisan games’ Democrat. I do not believe that only one side is correct. No one group is correct on everything, and good ideas can come from people I strongly disagree with on a lot of other things. I believe you stand on principle and compromise on policies where you can,” Freshour said.

Freshour describes herself as the “daughter of a hardworking single mom often working multiple jobs to make ends meet,” adding that her priorities include healthcare, an economy that works for working & middle class people, commonsense gun laws, education & schools, and reproductive healthcare.

“I will fight to protect the working and middle class. We need to ensure we are working towards a strong economy by investing and providing family-wage jobs. This means higher wages for workers, paid sick leave and family leave. This also means working on tax-cuts to small and medium sized businesses so they have the opportunity in today’s economy to grow and thrive,” Freshour said.

“Wholeheartedly, I support universal coverage with a public option where people can buy into Medicare or Medicaid when they wish or need a safety net.  Simply because someone’s employment status changes they and their family should not be thrown into financial peril by losing their health coverage too,” Freshour added.