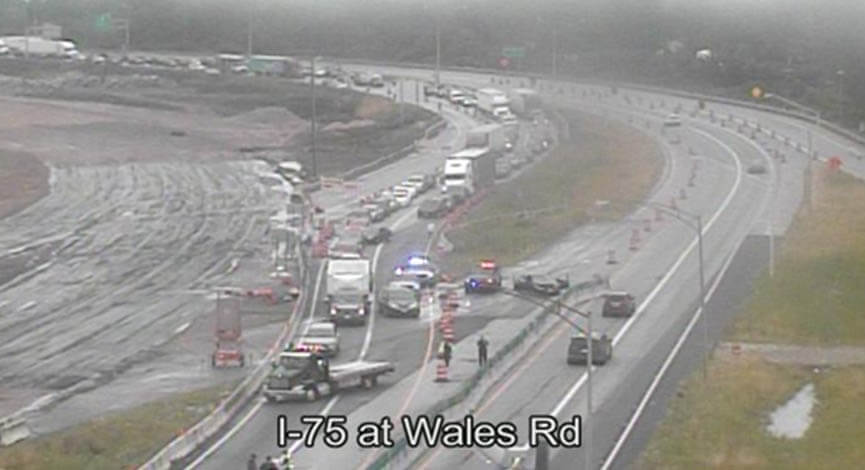 WOOD COUNTY, Ohio — The Ohio State Highway Patrol is investigating a multi-vehicle crash that occurred Sunday afternoon on I-75 near the Wales Rd. exit in Rossford.

36-year-old Hugo Gutierrez, of London, Ontario, was driving a 1994 Peterbilt semi-truck southbound on I-75 when the driver’s side fuel tank became partially detached at approximately 3:08 p.m. Sunday.

The tank began dragging on the roadway and ruptured, causing diesel fuel to begin spilling onto the roadway causing several vehicles to lose control and crash.

Once Gutierrez’s vehicle came to a stop, a total of ten vehicles sustained damage.

Several of the drivers involved in the crash sustained minor injuries, but no one was transported from the scene to a hospital.

The crash remains under investigation, although Gutierrez was cited for operating an unsafe vehicle.