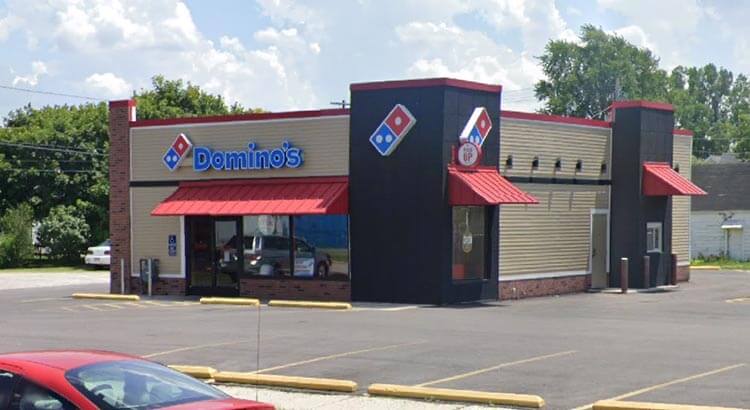 A Fostoria man who entered a Domino’s restaurant while dressed in a mountain man costume was sentenced Tuesday after he dropped his gun while walking into the restroom, causing it to discharge.

On June 9, 2020, at approximately 4:08 p.m., an officer with the Fostoria Police Division was dispatched to the local Domino’s store, 255 W. South St., for a reported gunshot.

Upon the officer’s arrival, he spoke with Domino’s employees who were present when the gun went off.

One of the employees advised the officer than a man, later identified as 52-year-old John R. Mullholand, had come into the store wearing a mountain man costume and went to use the restroom.

The employee said she was working on an order when she heard a loud gun shot go off. When she turned around, she saw Mullholand bent over picking up his gun, according to a police report filed with Tiffin-Fostoria Municipal Court.

The officer located a crack in the baseboard tile, powder burns on the floor, a “cotton wad” and a large lead ball lodged into a cooler.

The officer then made contact with Mullholand using the phone number he left behind, going to his house and confiscating the firearm, according to the police report.

Mullholand told the officer that as he was taking his belt off to use the restroom, his gun fell out and went off. Mullholand said the gun is a .50 caliber percussion pistol.

Mullholand told the officer the gun was capped and loaded when it fell to the floor, according to the police report.

Mullholand was charged with discharge of a firearm on or near prohibited premises, a fourth-degree misdemeanor. He pleaded no contest in Tiffin-Fostoria Municipal Court and was found guilty.

Mullholand was sentenced to 30 days in jail with 30 days suspended, ordered to pay a $250 fine, serve two years of probation, and barred from possessing firearms during his probation.