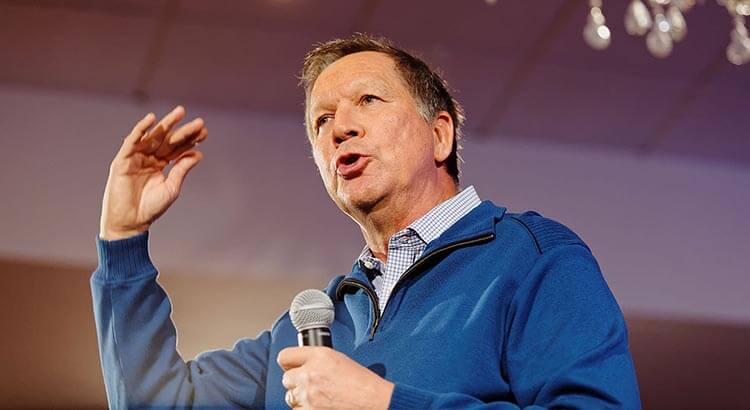 “The Democratic convention is offering a speaking slot to Republican former Ohio Governor John Kasich, as well as to Joe Biden’s final rival for the nomination, progressive Bernie Sanders, according to a person familiar with the planning,” the Bloomberg News article said.

Also in the lineup is New York Governor Andrew Cuomo, whose political fame rose as he held daily televised briefings while his state was among the first and hardest hit by the coronavirus.

The Associated Press reported on in late July that Kasich had been in talks to possibly to speak at the presidential nominating convention for his opposing political party.

It is unclear if Kasich will be expressly endorsing Biden; the AP reported this invitation is part of a strategy to broaden the Democratic nominee’s base to include disaffected Republicans seeking to get Trump out of office.

Kasich, who served two terms as Ohio governor, has remained one of the most high-profile Trump critics within the Republican Party. He campaigned against Trump for the Republican nomination for president, eventually finishing fourth in the delegate race.

A top strategist for Kasich’s presidential campaign, John Weaver, is involved with Project Lincoln — a Republican-led political action committee working toward a Trump defeat this fall.

Ohio Democrats have had varied opinions this week about the possibility of Kasich speaking at the convention. Some believe this could tip Ohio’s 18 Electoral College votes to Biden, thus handing the former vice president a crucial state en route to the White House.

Others have questioned both the political strategy and the message behind allowing a longtime Democratic rival to have a speaking slot at the party’s convention. Speeches are typically given by Democratic leaders, up-and-coming politicians and well-known former officials.