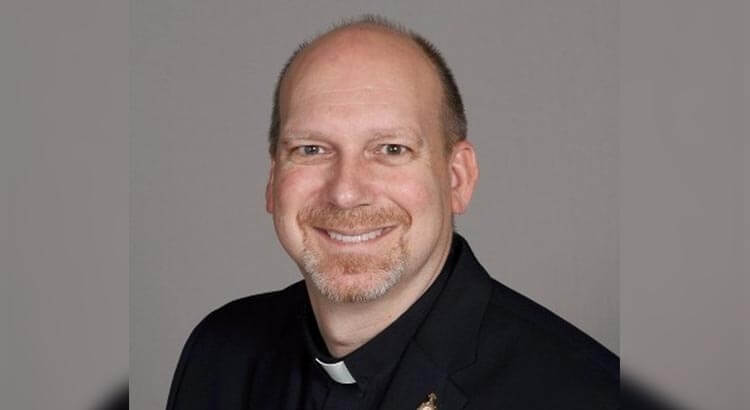 FINDLAY, Ohio — The Federal Bureau of Investigation (FBI) says a Catholic priest in Findlay who was arrested Tuesday on federal sex trafficking charges has a long history of targeting and abusing troubled boys, dating back to the late 1990s.

53-year-old Michael Zacharias was arrested at his home shortly after Tuesday morning mass at St. Michael the Archangel Parish in Findlay.

Court documents detail how Zacharias preyed on two vulnerable boys and continued to abuse them after they turned 18-years-old by taking advantage of their struggles with addiction.

The federal indictment against Zacharias was unsealed after his initial appearance in U.S. District Court on Tuesday. The indictment identifies “Victim 1,” a 33-year-old male, and “Victim 2,” a 26-year-old male.

Zacharias met the two victims when they were attending a Catholic grade school in Toledo, and both told investigators they were targeted by the priest for sex beginning in middle school and into their adult years, including earlier this year.

Court documents state that one of the victim’s drug problems “stemmed from his confusion about his sexuality based on years of inappropriate touching by Zacharias.”

“Victim 1” told investigators that “Zacharias had molested and raped him as a child” and paid him money in exchange for sex even after he turned 18-years-old.

Zacharias repeatedly warned “Victim 1” that if anyone ever found out about their sexual activity, “Victim 1” would be splashed across the news, portrayed as a “kid with a drug problem,” and lose his source of income.

According to the indictment, when “Victim 1” was in his 20s, Zacharias said he wanted to make a “confession video” in which the priest would give the man “power over him.” In that video, turned over to the FBI on a USB thumb drive by “Victim 1,” Zacharias talked about first meeting the victim, whose father was “physically abusive and largely absent,” when he was in sixth grade and recalled his intense desire to perform oral sex on the child. That video was apparently filmed in January 2015.

“Victim 2” said he met Zacharias as a first grader at St. Catherine’s Catholic School in Toledo while Zacharias was still in the seminary. He told investigators that Zacharias began making inappropriate comments to him when he was in eighth grade, the same time “Victim 2” became addicted to opioids.

Zacharias performed oral sex on the boy while he was in ninth grade, and in return, paid him money to support his drug habit, according to the indictment.

On Tuesday, the Diocese of Toledo issued a statement on Zacharias and said he was put on administrative leave. “This action was taken immediately upon receiving word of his arrest this morning in Findlay,” the organization stated. “The Diocese has been informed of the grave and reprehensible charges of a sexual nature, with minors and adults, and is cooperating fully with law enforcement.”

The FBI is encouraging anyone that has had contact with Zacharias where they may have been “groomed” for possible future sexual purposes, they were inappropriately touched or they were sexually assaulted by Zacharias to contact the FBI at 216-622-6842. All information will be strictly confidential.

Findlay Mayor Christina Muryn said in a press release that she is “distraught” by the news of Zacharias’ arrest.

“These allegations are not taken lightly, and the Findlay Police Department and our community at large will support the full and thorough investigation by the FBI. Such abuse of power, and perversion of sexuality is unacceptable and cannot be tolerated by any organization, individual, or society,” Muryn said.

Zacharias was ordained as a priest in the Diocese of Toledo in 2002. In addition to serving as a priest at St. Michael’s in Findlay, he has also served at St. Catherine’s in Toledo, St. Mary of the Assumption in Van Wert, St. Peter’s in Mansfield, and St. Anne’s and St. Joseph in Fremont.