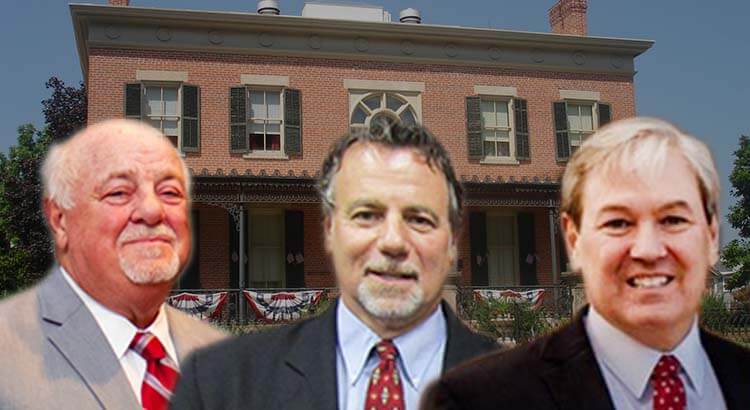 TIFFIN — The Seneca County Board of Commissioners continued its discussion on the future of the county museum Thursday morning.

Foundation officials claim the proposal could lend long-term financial sustainability to the museum, while taking fiscal pressure off of the county’s budget and Seneca County taxpayers.

Foundation officials pitched the proposal as an attempt to avoid closing down the museum in the future for financial reasons. According to the proposal, the foundation has played an important role in running the museum, donating more than $100,000 for improvements.

Foundation officials argue that the nonprofit organization would lend consistent and stable private funding to the museum through its trust funds, which have more than $1 million in them. The organization runs off investment interest and dividends, leading to a consistent funding source long-term.

The museum has cost the county about $250,000 to run over the past four years. Under the new proposal, it is likely the cost would be about $50,000 over a four-year period. The Seneca County Museum is the only fully-funded, county-owned museum in the state of Ohio.

The museum building was donated to the county in 1942. The board continued discussion on the issue Thursday. Before April’s shutdown, the museum was operated primarily by the Seneca County Historical Society and previous director Tonia Hoffert.

Commissioner Anthony Paradiso thanked Hoffert and all of the volunteers who have worked to make the museum what it is today, but he also argued the county does not have the funding to bring Hoffert back.

“I’m focused on getting the museum open, but as a commissioner, I also feel we need to be good stewards of taxpayer money,” Paradiso said.

Board President Mike Kerschner said he met with members of the historical society and of the museum foundation over the past week.

“I think we need to lay our cards on the table,” Kerschner said. “We have opposing forces … In a perfect world, those two entities would be cooperative and we’d find a way for this to work with the volunteers and the foundation.”

Kerschner said some people are framing the decision as a choice between the financial stability offered by the foundation, and the volunteerism offered by the historical society. He said he does not look at it that way.

“I don’t want the final decision to be about money or about the manager,” Kerschner said. “Let’s talk about what’s in the best interest of those we represent (for the) long-term. Let’s talk about our grandkids and what decision we make today will affect them when they want to go to the museum with their kids, somewhere in the future. It’s not about the moment, it’s about the long-term viability and sustainability of the museum.”

Kerschner said because the historical society and the foundation are not friendly with each other, the commissioners are burdened with making a choice about the future of the museum.

“We have an offer, we do not yet have an acceptance, we’ve got two opposing forces that won’t be cooperative, and we’ve tried to get that cooperation over the last four or five years, but it just doesn’t exist,” Kerschner added. “We have to make a decision as to the long-term sustainability of the museum, the final answer may not be what one or the other like, but it’s been brought to us for a decision and we have to make a decision.”

The commissioners agreed to continue discussion over the next week with people on both sides of the issue, but Kerschner urged the board to make a decision soon.

Commissioner Shayne Thomas said privatizing the funding source for the county museum is an intriguing idea, but said it is important to allow any organizations with interest in running the museum a chance to submit a proposal.

Also during the meeting, Seneca County Board of Elections Director Jim Ehrman and Deputy Director Lori Ritzler updated the board on the need for poll workers for the November election.

The commissioners also approved a $42,087.43 and an $80,132 supplemental appropriation on behalf of the board of elections for reimbursement and grant funding to assist the entity in implementing Ohio Secretary of State Frank LaRose’s directives to run successful elections.

Also during the meeting, the board received a financial update. County Administrator Stacy Wilson said General Fund expenses through the end of July were at about $9.6 million, while revenue was reported at about $11.4 million. The Seneca County Budget Commission, which earlier this year cut $2 million from initially projected revenues for the year met Monday, but did not revise its annual revenue estimate.

Budget Commission officials said there was too much uncertainty about the future to make changes to the projection this month. Wilson said about $885,000 must be removed from the revenue discussion, because it was a one-time addition to General Fund revenues at the beginning of the COVID-19 crisis as an attempt to mitigate expected losses throughout 2020.

Kerschner suggested that the board consider bringing back county employees to full-time starting in September, since he hopes that revenues will stabilize for the rest of the year.

Paradiso was less confident and said he thinks the commissioners should wait for more information before adding millions back to the General Fund budget. Paradiso said because there is a 2-3-month lag in the collection of sales tax (almost half of the county’s General Fund revenue) and because federal assistance is sunsetting to individuals and businesses, he believes there is not yet enough information to make a decision about staffing and increasing expenses.

In other business, the board received one bid for the Ohio Public Works Commission Issue I, Round 34. The engineer’s estimate for the projects, which will occur all across the county, was $1,268,058. The one bid received was from M&B Asphalt, of Tiffin, for $1,236,353.24.