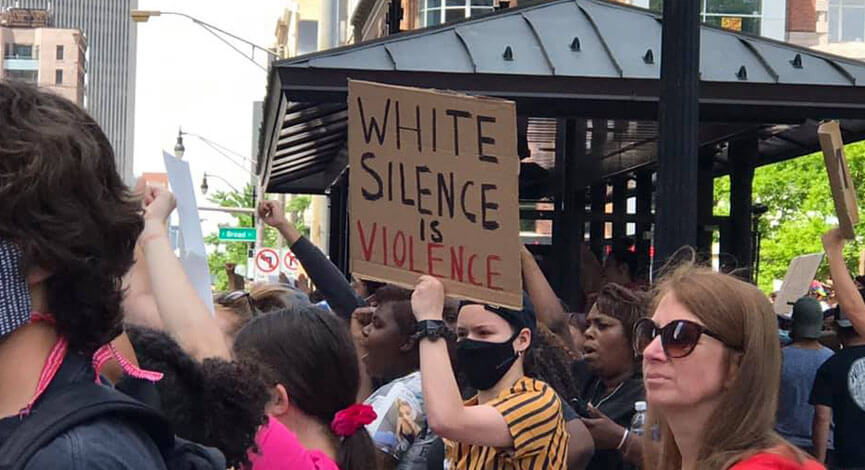 Protesters in downtown Columbus in May. Photo by Susan Tebben.
ShareTweet

Unionized fast-food, nursing home and janitorial workers in Toledo and Cleveland picketed Monday in solidarity with the Strike for Black Lives, a national day of action confronting systemic racism.

SEIU District 1199 — a union that represents workers in West Virginia, Kentucky and Ohio — was one of more than 50 major national labor organizations that participated in the 25-city strike, honoring Black people killed by police and demanding better working conditions for COVID-19 frontline workers.

“Workers are standing together because employers across our economy have failed to protect workers,” Samara Knight, an executive vice president with SEIU District 1199, said in a press release. “This pandemic has ravaged Black and brown communities across the country. We’re going to keep joining together and speaking out until health care employers and so many others respond with actions that protect their employees.”