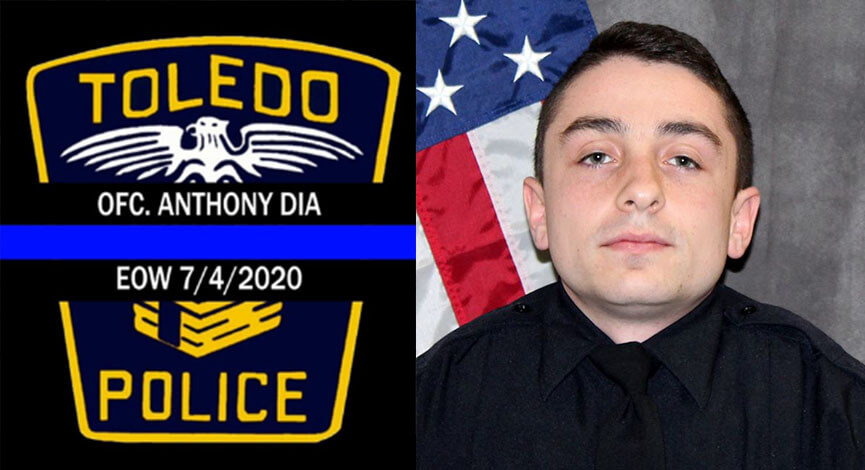 TOLEDO, Ohio — A Toledo Police Officer was shot and killed in the line of duty shortly after midnight Saturday.

Officer Anthony Dia responded to a call regarding an intoxicated male walking around the parking lot of The Home Depot at 1035 W. Alexis Rd.

Once on scene, Officer Dia approached the male to check his safety. Witnesses stated that they observed the male turn around and fire a round from a handgun, striking Officer Dia.

Responding officers arrived on scene and transported Officer Dia to a local hospital where he died as a result of his injuries.

Additional officers arrived at the scene of the shooting and set up a perimeter looking for the suspect. Witnesses stated that they had observed the suspect flee into a wooded area. A drone and a K-9 unit provided assistance with the search.

During the course of the investigation, officers heard a gunshot coming from the wooded area.

At approximately 3:15 a.m., officers located a 57 year-old male, deceased from an apparent gunshot wound to the head.

Through witnesses, it was confirmed that the deceased male was the one who had shot Officer Dia.

He is the 31st Toledo Police Officer to be killed in the line of duty. Detective Keith Dressel was shot and killed in 2007.

More information will be released at a news conference scheduled for Monday, July 6th. Exact time and location is being determined.