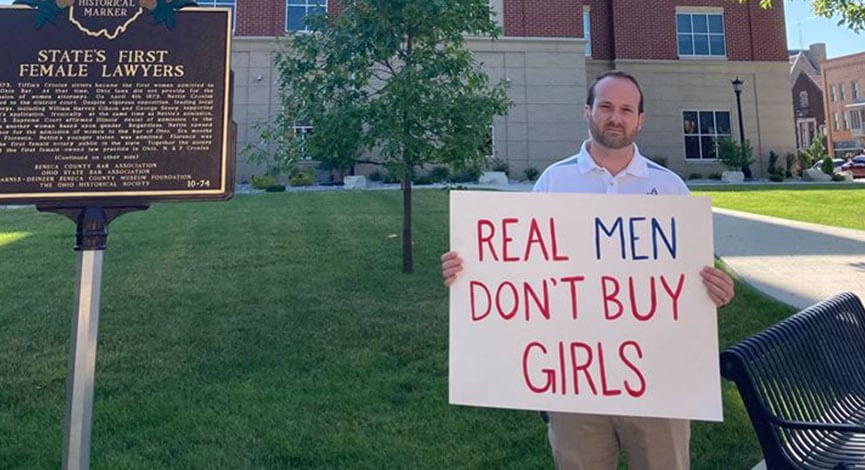 The “Real Men Don’t Buy Girls” campaign was started by Ashton Kutcher and Demi Moore in hopes of educating the public about child sex slavery in the United States.

“The average age of a girl involved in the sex trade is 13. And the average man who buys a girl is 30-years-old, has no prior criminal record, and has a well-paying job,” Kutcher explained.

Montz says many people, unfortunately, assume this is only an issue in other countries.

“But between 100,000 and 300,000 girls are enslaved and sold for sex in the US every year,” Montz said. “When people go public in saying that they are against something, they typically are more careful with their actions going forward. We often think that the traffickers and pimps are the ones to blame, but they would not have a market if men were not buying the girls they sell.”

Montz says the campaign encourages “all men to stand up against sex trafficking” and show that they are a “real man” by refusing to participant in this “horrific and inhumane business.”